No Charges for Wallin? 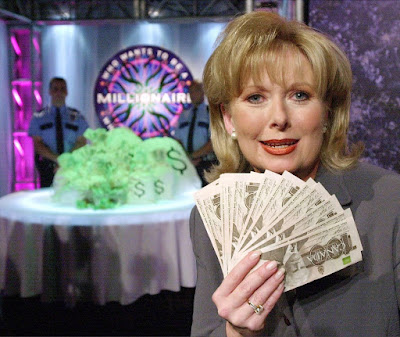 Full disclosure - again - I knew, and worked with, Mike Duffy back in the 70s and have touched base with him a few times since. My best Ottawa Tory buddy, a guy whose involvement with his party goes back to the Stanfield days, was and remains a friend of the Cavendish Cottager. This fellow has a 'closer than the average interested layman's' familiarity with the facts and evidence in play in Duffy's criminal case. He has an extensive legal background and can call these things far better than any journo.

It's widely accepted now that the Crown's case against Duffy has not gone well for the prosecution so far. The facts are muddled, the law is murky at best. Every arrow the Crown has fired seems to have gone wide or fallen short of the target. The prosecution has come out of this looking a bit puritanical, perhaps even undeservedly political.

The Crown is in a jam. What does it do when the trial resumes? It's got plenty of witnesses it could call to caulk the leaks in its hull - witnesses such as Tory senators LeBreton, Tkachuk, and Stewart-Olsen; party counsel Arthur Hamilton; perhaps even a (by then) former prime minister. The only problem is that the prosecutors have read all the emails and documents and they have a good idea what Duffy's lawyer, Don Bayne, can do to these people if the gets them under cross-examination. It's not as though any of these first-hand evidence witnesses is itching to get up on the stand either. There's a reason the Tories have 'disappeared' Marjorie LeBreton during the election campaign.

Will the Crown double down and potentially dismember its own case or will it opt for the alternative of winding up the prosecution, hoping for the best from the weak case it has already laid before the Court? That would give Bayne the opportunity to call a few witnesses for the defence, probably Duffy and possibly even Stephen Harper (imagine a judge declaring Shifty Steve a 'hostile witness') to mop up the prosecution's case.

No matter the outcome for Duffy, it's the aftermath that will haunt the Harper Tories and the RCMP brass, particularly commissioner Bob Paulson. The Duffy trial may undermine any prosecution of the real 'big spender' senator Pam Wallin. The blowback from a decision not to prosecute Wallin (and half of the Senate who are to some extent in the same boat) would cast a very unfavourable light on the prosecution of Duffy.  The senator for Prince Edward Island could emerge looking like a political scapegoat, another guy thrown under the Harper bus to provide cover for an unscrupulous prime minister. That sort of spotlight on Harper would be broad enough to include Paulson who might have a very hard time washing his hands of this affair.

Just like the Mulroney-Schreiber-Elmer MacKay/Airbus scandal, this whole business could end with a fizzle rather than a bang, leaving a lingering stench in its wake.  For Shifty Steve, that might be a "best case" outcome.

"Just like the Mulroney-Schreiber-Elmer MacKay/Airbus scandal, this whole business could end with a fizzle rather than a bang, leaving a lingering stench in its wake. For Shifty Steve, that might be a "best case" outcome."

I that's exactly what the right-winger power brokers would like - any time there's no convictions of any of them, they're good.

To me it's somewhat similar to the scandal in the US where Valerie Plame was 'outed' as a CIA agent by US Government/right-wing operatives in retaliation for her husband's report that debunked an argument for invading Iraq.

No one was ever convicted for that crime (only someone was found guilty of perjury, and Dubya commuted the sentence).

Something tells me that all of this is going to hang around for quite awhile, Mound.

While PM Harper can throw obstacles in the way of any testimony. He becomes more vulnerable if he looses the title. This may factor into a decision to delay calling the House to a confidence vote .

While PM Harper can throw obstacles in the way of any testimony. He becomes more vulnerable if he looses the title. This may factor into a decision to delay calling the House to a confidence vote .

Lets have a Truth and Reconciliation Commission.
Who wants to spend years and $million$ chasing this stuff down. We need to move on.
Most of these miscreants can go before the commission and in exchange for:
* an abject and humiliating apology and detailed admission of guilt
* pay us back plus all the interest
we'll forgive them.

(Harper and his closest henchmen not eligible.)