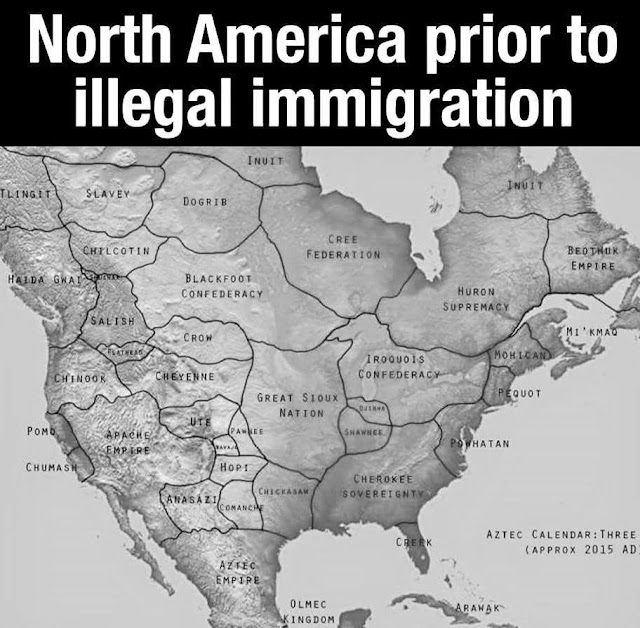 and of course, all "states" were Peace Lovin'
i.e. as the name suggests, Haida war canoes where used exclusively for sightseeing trips...
A..non

I'm not sure who claimed that these nations were peace loving, A..non. Was that you? It wasn't me. So, to exploit the de Niro line from "Taxi Driver", it had to be you.

Which would mean you set up a straw man so you could proceed to knock it down. Hmm.

Yes, A..non, because the nations of Europe were so peaceful, right?

This map illustrates a really important fact Mound, that all white Europeans were immigrants to North America. Because white Europeans claimed discovery and ownership over First Nations land anyone coming after,especially dark skin people,up to today, are considered the immigrants. The sheer deception and arrogance historically and up to the present day of the white Europeans and their ancestors, of which I am one, is breathtaking.To me, that map says it all. If I was a teacher of North American or Canadian history, that map would be hanging in my classroom all year round. It's amazing how a picture of one map can put so much in perspective!

Anyong said...PM you have hit the nail on the head.