Ah, Jeebus! Is Everything Rigged? 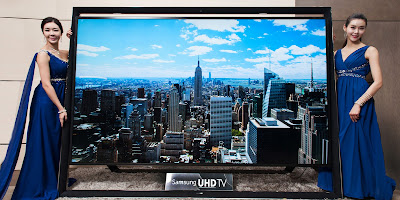 Last week it was Volkswagen getting caught having embedded "defeat device" code into its diesel engine systems to confound emissions testers.  Then it was news that just about every other manufacturer's diesels are likewise nowhere near as clean as they claim.

Okay, I get it - diesels are bad, almost as bad as the companies that foist them off on the public.  But this?  Televisions?


Independent lab tests have found that some Samsung TVs in Europe appear to use less energy during official testing conditions than they do during real-world use, raising questions about whether they are set up to game energy efficiency tests.

The European commission says it will investigate any allegations of cheating the tests and has pledged to tighten energy efficiency regulations to outlaw the use of so-called “defeat devices” in TVs or other consumer products, after several EU states raised similar concerns.

Isn't it time we gave this deregulation movement the boot?  The Listeria crisis of 2008 showed what can happen when industry is invited to regulate itself. Giving the pipeline companies freedom from the regulator's boot has brought predictable results. Now we discover everyone from the automotive to the electronics industry are well established at gaming the system. Industry won't protect us. No, that costs money. Protecting us is our government's job even though they may have fettered their powers to do that under various trade agreements (without our knowledge or consent).

Yes. Welcome to corporate Utopia. Ayn Rand would be proud.

It's starting to feel that way, isn't it?

Mound, you know very well that we are not supposed to be thinking about things like corporate malfeasance and their crimes against humanity when there are other, more pressing issues to contend with, like women trying to hide their identities behind niqabs while taking the citizenship oath.