One thing sure to follow any big upset election is a flood tide of speculation. The big question, naturally, is who will fill the shoes of the Prince of Darkness?

The next big name supposedly looking to get in the running is - wait for it - Maxime Bernier who has a solid footing in his Beauce riding.

You might remember frisky Max from his days courting the well upholstered Julie Couillard. That led to a scandal when it was discovered that Bernier left classified NATO briefing documents at Couillard's apartment well after the couple broke up. It didn't help when Couillard was exposed as having recent romantic connections with a member of the Hell's Angels. That mess led to Bernier's resignation as minister of foreign affairs. 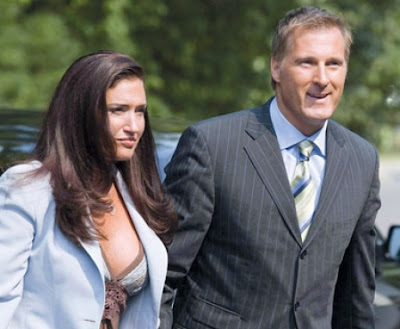 A party of obedient sheep, looking for a new master!

PS Ain't we blessed that Harper woke up in a city with a leftie Mayor, a province with a leftie Premier and a Canada with PM Trudeau!

@ Pamela - you could be right