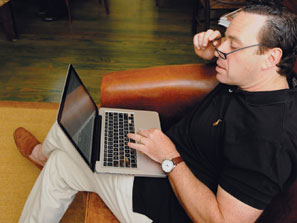 David Frum has an interesting take on our neo-Trudeau Liberalism and it's immensely comforting that he so dislikes what he sees.  From The Atlantic:

Trudeau bears the most famous name in Canadian politics, but a name loaded with multiple meanings for his party and his country. His father, Pierre Trudeau, dominated Canadian politics from 1968 to 1984. Cerebral, tough, and openly contemptuous of his intellectual inferiors—who numbered more or less the entire human race—Pierre Trudeau plunged Canada into ultra-statist experiments and massive debts from which his successors struggled for more than a decade to rescue her.

...But scripted and unscripted, Justin Trudeau has conveyed a consistent message: The government he leads will repudiate the legacy not only of the incumbent Conservative prime minister, Stephen Harper, but the neoliberal Liberals of the 1990s.

Chretien-Martin balanced budgets. Trudeau has committed himself to a policy of deliberate deficits in an attempt to stimulate growth. Chretien-Martin eschewed redistributive taxes. Trudeau campaigned on a promise to increase taxes on wealthier Canadians to a new combined federal-provincial top rate above 50 percent. Chretien-Martin signed the North American Free Trade Agreement. Trudeau has squirmed to avoid committing to the Trans-Pacific Partnership.

Even before 2014-15, however, the populist anger expressed by Sanders and Corbyn could be heard in Canada, too. Canada has done a better job than the United States of sharing the proceeds of economic growth. Yet even in comparatively egalitarian Canada, rewards have tended to concentrate at the top of the income distribution. Earlier in the decade, resentment among middle-income Canadians toward the more affluent was offset by relief when Canadians compared themselves to Americans. As time has passed, however, the relief has waned and the resentment has intensified. It was those feelings that Trudeau harnessed, by condemning many small-business owners as tax cheats and telling Canadian business leaders that if they didn’t accept higher taxation now, they’d face even more radical claims in the future.

Trudeau’s strategy succeeded brilliantly, at least in electoral terms. His Liberals have won at least 40 percent of the popular vote, in their best performance since 1997. Leaders of other center-left parties around the world will note the success. Imitation and emulation will follow—across the Atlantic and across the 49th parallel.

You know something? I hope Frum is completely right. I hope he sees the real face of Canada's neo-Trudeau. Christ knows we could use a guy like that!
Posted by The Mound of Sound at 9:58 AM

I have to wonder if Barbara is embarrassed, Mound.

I'm not sure Babs wouldn't have followed David and her daughter to the dark side, Owen.

Does Frum not run the Huff Po in Canada. No way he gets paid for his drivel

Do you really think it drivel, Steve? Certainly compared to a lot of the Conservative and New Democrat voices it doesn't strike me as that bad.

Barbara had compassion and class.
Unfortunately the offspring took after the father.