It Wasn't Just Harper Who Went Down in Flames Last Night. 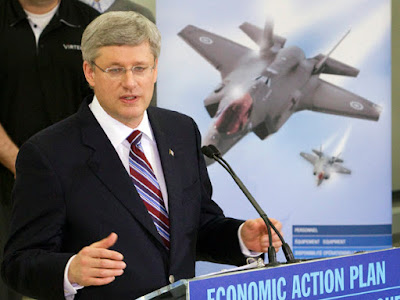 Damn! I forgot to unload my Enbridge stock. I expect the market for pipelines is a tad wobbly this morning. The Northern Gateway (we're told) is dead, dead, dead. The north coast is saved.

Face it, Enbridge/Harper never succeeded in establishing 'social licence' for the Northern Gateway, especially not with our stalwart First Nations. The rest of us owe them an immense debt of gratitude.

That said, had Harper prevailed last night it's probable that he would have used his next term in power to steamroller the pipeline operation and get dilbit to "tide water."

We still have to fight Kinder Morgan's southern pipeline expansion. At least we won't be campaigning on two fronts.

Oh, yeah, what's that other outfit? Of course, Lockheed. Junior has already nixed their F-35, something that may have knock on effects on Lockheed's other, already wobbly international clientele.  We still need something to replace our aging CF-18s. Remember, they were bought by Junior's dad back when he was prime minister. Hmm, something strangely poignant to that. Maybe the new Trudeau Liberals can find something better suited to guarding Canada's vast northern expanse.

Infrastructure. That's pushing on an open door. From coast to coast the country's infrastructure is at risk. It's old, often dilapidated and, in any case, never engineered to meet the demands of today's harsher environment. It's going to be enormously costly to repair and replace it. It'll be far costlier if we don't. That's exactly the sort of stimulus spending Canada so badly needs.

I've got a couple of ideas. How about we get our Coast Guard stations opened again? Wouldn't it be great if we got those regulations that protect our lakes, our rivers and coasts reinstated? Let's get those marine guardians at Fisheries and Oceans back on the job. We could also ratchet up our navigation regulations that were gutted by Harper. It's the least we can do.

.. a tough row to hoe for 'young' & 'not ready' Justin ....
He needs a hazmat suit just to venture into the wreckage Harper, PMO, Party & complicits left behind

But you're hitting the right notes Mound .. I doubt any real Canadian would question full funding or restoration of Coast Guard on BC or any 'tidewater' coast.. or returning full funding re the 'Small Lakes Experimental Station'.. or critical examination of disaster politics re wild vs farmed salmon with Gail Shea & Keith Ashfield dumped.

Just looking west.. I would wonder if folks like you n Alexandra Morton.. and many marine biologists should not be embraced and pressed into service.. Canada is in remedial mode right now. We need librarians, contrarians, insight, critique.. opinion and unmuzzled zeal right now.. we need outcry to point at the failures of Harper that need .. no, demand redress !

Maybe get on the big BMW .. dude.. or get on the Google... and say 'hey' !!!
We gots fences to mend, forest to grow, fish needing habitat, coastlines undefended but under assault.. Like all Canadians, we need to look after our own backyards.. unfortunately, my backyard is where our previous PM hatched from .... even while he pretends to be a 'westerner'.. an all hat - no cattle cowpoker

MOS:
I appreciate the work you have done and the energy you display . But... Why do we need a deep water navy ? We do not need to nor will any number of boats defend our shores. A strong Coast Guard and efficient Search and Rescue will do more to benefit Canadians than a bunch of rear end admirals with boats they treat as bathtub toys.

@ Sal - there is so much to be cleaned up, rehabilitated, put back into service. I'd like to focus on getting today's Canada ready for the demands our next generation will face.

Too many Canadians shrug it off as 'why should I sacrifice today so that future generations can have it easier?' Some will say it openly, many more won't but the outcome is always the same.

We need to understand that, while the next few generations are going to have a rough ride no matter what we do, our indifference and selfishness ensures their lot will be far worse than it need be.

There's a lot to do and a limited amount of time to get it done, none we can afford to waste.

@ Rumley - unfortunately our coastal waters are becoming a lot more active, especially in the Arctic. A couple of years ago China announced its intention to maintain a large, powerful (heavily armed) and permanent presence in the Arctic even though China has no Arctic coast. Beijing also disputes that the ordinary Law of the Sea conventions govern Arctic seabed resources.

If China does get ambitious in the Arctic other nations will follow.

Canada also has historic naval obligations through NATO. Beyond that, I don't know.