They Knew There Would Be No Nuremberg for Them 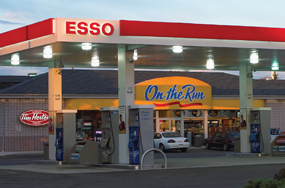 How do the directing minds of a company persist through 40-years in growing an industry they knew could endanger all of mankind?

The obvious answer is that they also knew they could get away with it.  They knew they could pocket enormous profits earned from the eventual misery, suffering and even deaths of millions of others and they could do it with impunity. All they had to do was buy off the political caste and keep the public confused and off balance.

As Scientific American reports, the masterminds at Exxon knew all about climate change and the greenhouse gas effects 40-years ago, well before it entered the public consciousness.

Exxon was aware of climate change, as early as 1977, 11 years before it became a public issue, according to a recent investigation from InsideClimate News. This knowledge did not prevent the company (now ExxonMobil and the world’s largest oil and gas company) from spending decades refusing to publicly acknowledge climate change and even promoting climate misinformation—an approach many have likened to the lies spread by the tobacco industry regarding the health risks of smoking. Both industries were conscious that their products wouldn’t stay profitable once the world understood the risks, so much so that they used the same consultants to develop strategies on how to communicate with the public.

In their eight-month-long investigation, reporters at InsideClimate News interviewed former Exxon employees, scientists and federal officials and analyzed hundreds of pages of internal documents. They found that the company’s knowledge of climate change dates back to July 1977, when its senior scientist James Black delivered a sobering message on the topic. “In the first place, there is general scientific agreement that the most likely manner in which mankind is influencing the global climate is through carbon dioxide release from the burning of fossil fuels," Black told Exxon’s management committee. A year later he warned Exxon that doubling CO2 gases in the atmosphere would increase average global temperatures by two or three degrees—a number that is consistent with the scientific consensus today. He continued to warn that “present thinking holds that man has a time window of five to 10 years before the need for hard decisions regarding changes in energy strategies might become critical." In other words, Exxon needed to act.

...Last summer the Union of Concerned Scientists released a complementary investigation to the one by InsideClimate News, known as the Climate Deception Dossiers (pdf). “We included a memo of a coalition of fossil-fuel companies where they pledge basically to launch a big communications effort to sow doubt,” says union president Kenneth Kimmel. “There’s even a quote in it that says something like ‘Victory will be achieved when the average person is uncertain about climate science.’ So it’s pretty stark.”

...Since then, Exxon has spent more than $30 million on think tanks that promote climate denial, according to Greenpeace. Although experts will never be able to quantify the damage Exxon’s misinformation has caused, “one thing for certain is we’ve lost a lot of ground,” Kimmell says. Half of the greenhouse gas emissions in our atmosphere were released after 1988. “I have to think if the fossil-fuel companies had been upfront about this and had been part of the solution instead of the problem, we would have made a lot of progress [today] instead of doubling our greenhouse gas emissions.”

Experts agree that the damage is huge, which is why they are likening Exxon’s deception to the lies spread by the tobacco industry. “I think there are a lot of parallels,” Kimmell says. Both sowed doubt about the science for their own means, and both worked with the same consultants to help develop a communications strategy. He notes, however, that the two diverge in the type of harm done. Tobacco companies threatened human health, but the oil companies threatened the planet’s health. “It’s a harm that is global in its reach,” Kimmel says.
Posted by The Mound of Sound at 1:35 PM

If your article and reference were describing a person, they'd be locked up as a sociopath.
Watch 'The Corporation'. It'll only frustrate you further.
What are we to do? I think the world needs a fresh look at 'capital punishment' for corporations, where their license to do business can be removed if they continue to show such tendencies.
No payback for lenders or stockholders. The only beneficiaries from a corporate death sentence would be the public in which the corporation did the wrong deeds.

Although criminal law is powerless ,at present, to force morality on corporations, class action suits ( tobacco ) can hurt them .