A Business View of the TPP. Will We Heed the Warning? Is It Too Late? 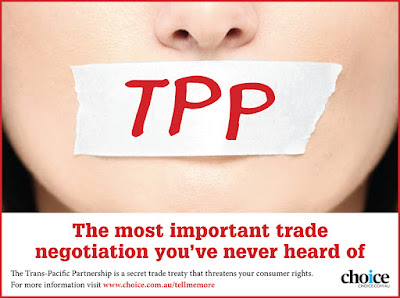 Now that he's been consigned to irrelevance, NDP leader Mulcair is denouncing the Trans-Pacific Partnership deal as the worst ever. I never put much stock in Mulcair's views as it was just too hard to keep up with what they were from one week to the next.

That said, I place a lot more credence when an established Canadian businessman describes the TPP as the worst thing Harper did to Canada.

Jim Balsillie warns that provisions tucked into the Trans-Pacific Partnership could cost Canada hundreds of billions of dollars — and eventually make signing it the worst public policy decision in the country's history.

After poring over the treaty's final text, the businessman who helped build Research In Motion into a $20-billion global player said the deal contains "troubling" rules on intellectual property that threaten to make Canada a "permanent underclass" in the economy of selling ideas.

"I'm not a partisan actor, but I actually think this is the worst thing that the Harper government has done for Canada," the former co-chief executive of RIM said in an interview after studying large sections of the 6,000-page document, released to the public last week.

"I think in 10 years from now, we'll call that the signature worst thing in policy that Canada's ever done...

"It's a treaty that structures everything forever — and we can't get out of it."
Posted by The Mound of Sound at 6:28 AM

These deals will end when CEOs and compliant politicians are prosecuted like the banal monsters they are. I'm rooting for that NY prosecution of Exxon.

"The Most Brazen Corporate Power Grab In American History"

How's that for Neoliberalism?