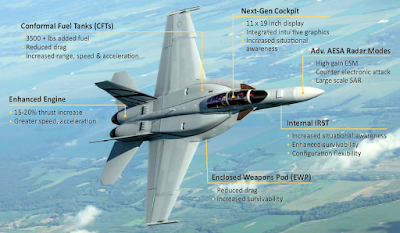 When American military commanders run out of money, you know something is very wrong.

U.S. defence planners have run the numbers and figure there'll be no 60 or 80-a year buy of F-35's as once planned.  Putting it bluntly they said the USAF will be "struggling to afford 48 F-35s a year."

So what's a girl to do when she runs out of mad money?

The U.S. Air Force may solicit bids for 72 new Boeing F-15s,Lockheed Martin F-16s or even Boeing F/A-18E/Fs as budget issues put planned production rates for the F-35 Joint Strike Fighter out of reach, according to senior service and industry officials at the Defense IQ International Fighter Conference [in London].

In the typical Dr. Strangelove lexicon, air force officials said modernized F-15s would be used to "augment the F-35 and F-22 in a high-end fight." Now, in case you're not up on US Air Force lingo, "high-end fight" means a peer-on-peer air war which itself is code for war on Russia or China or, almost certainly, both.

Okay, what does all that mean for Canada and other F-35 partner nations? A reduced American buy means only one thing - higher unit costs for everyone. Lockheed's pricing is built on a projected US military buy in big numbers. As those US Navy and US Air Force numbers get whittled down, the price per aircraft goes up for everyone, including foreign customers. That's very bad news for an aircraft that is still plagued with delays, cost overruns, performance issues and a "perishable" stealth technology.

Even the air force guy running the programme, General Christopher Bogdan, has alluded to the F-35's pricing problems in the context of a "death spiral" in which, as orders are trimmed or canceled and, in the result, prices soar, the warplane becomes increasingly unviable.

For Canada there's a potential silver lining in all of this. Boeing has designed major upgrades for both the F-18 and F-15 that make them more capable and even somewhat stealthy. Either of those aircraft would probably outperform the F-35 for Canada's home defence needs and by a wide margin.

Until recently it seemed the Boeing's F-18 and F-15 production lines would soon be shut down, eliminating those options for Canada. Now it seems the US military may just be keeping them open. At this point what matters most - being invited to the opening strikes of some "high end" attack on Russia and China or being able to patrol and defend Canada's vulnerable airspace in the far north? 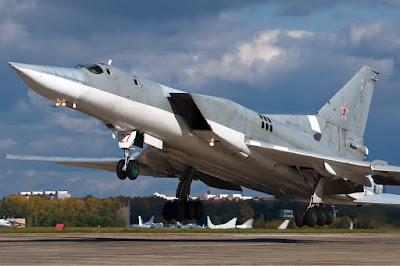 By the way, the Russians are using their air war in Syria for some live fire practice using Backfire bombers to launch medium-range (1,700 km.) cruise missiles at ground targets. They're not using those aircraft and those costly weapons to take out a few inconsequential targets in Syria. They're just training in case they need to use them against some other country, perhaps our own.

All of this building of military weapons by the US. Is their an enemy Country, Mound, threatening America that I don't know about? They can't really be doing all of this weapon building to fight the terrorist. Can they? Or is it that they need these weapons each time they expand their Empire and dominate another country? I think it is.Americans should be asking the same questions.

Mound said, "Either of those aircraft would probably outperform the F-35 for Canada's home defence needs and by a wide margin."

It would be nice if we could get the Canadian military to plan on "home defence needs." That really hasn't been in the cards since Diefenbaker buried the Arrow.

@ Pamela - No, there's no need for the F-35 or F-22 to battle al Qaeda or ISIS. Using the F-35 in close support against Taliban or ISIS forces would be very risky. It has just one engine which makes it highly vulnerable to ground fire and it's way too expensive to risk losing for the sake of a few Mujis.

From the outset the rationale for the F-35 has been its supposed ability to penetrate the airspace of countries with highly-sophisticated air defences - radars, SAMS, interceptors. That rules out Afghanistan, Syria, etc. and whittles the list down to Russia and China. Of the two, the US is most likely to find itself backing into a shooting war with China over the South China Sea and Beijing's AA/AD (anti-access/area denial) defence structure. The Chinese don't pose a direct threat to the U.S. but they don't want American aircraft/ships challenging them in the South China Sea.

You might enjoy this article, MoS and check out the cost of these planes. Quebec (we) just gave Bombardier $1B maybe they can build them. http://motherboard.vice.com/read/low-and-slow

The F15 reamains a potent weapon but against the PAK fighters of the Russians, serioulsy outdated. Still its a real fighter jet. Seriously Canada should just rebuild or replace the R15 but in smaller numbers, if we only needed 65 F35 why whould we need more F18 to do the same job,

Belated comment.
The F35 is a modern day failure.
Think back to the vaunted Avro Arrow.
This was an aircraft designed to destroy high flying USSR aircraft intruding North America airspace.
it was made redundant overnight by very high flying ICBM's

The USA developed the futuristic XB70 ; a very high flying mach two nuclear bomber it was an absolute wonder in it's time.
The XB70 was rendered obsolete overnight by SAMS.

The vaunted ! F35 can and will be , as will the F22, be rendered obsolete by a line of computer code that renders it useless.

Fokas brain sustain reach you stop in the works experiencing mysteriousness focusing upon the things on the subject of you? get you have issues maintaining middle almost TV or daily papers? It can be disappointing to habit to backpedal beyond and greater than to rehash or rewatch something you missed the main, second, or third time. What's more, in raid you're examining, it can be much all the more disappointing. In the long run, you conveniently wind in the works concentrating on whether you're centering or not, and you're not engrossing any longer. In deed you're experiencing obscurity as soon as focus, it may be a smart thought to try a nootropic.

Nootropics are ending up increasingly prevalent in current society. The explanations at the back that incorporate they don't have an indistinguishable symptoms from caffeine, and they're non-solution. another nootropic accessible is Fokas Cognitive Support. It claims it can spread your vitality and your intellectual capacity. However, we'll own up to you more very nearly how nootropics sham down underneath. The management guarantees that Fokas Cognitive withhold fixings are all-characteristic and clear from destructive chemicals, fillers, and covers. In case you're tense over Fokas Cognitive preserve symptoms, suggestion your specialist. In the matter that you would choose not to peruse any more just about Fokas Cognitive Support, we comprehend your unintended is important. You can tap the catch beneath to look at our most mainstream nootropic.
https://slimssupplement.com/fokas-brain/