Voices from the Past - Busting the Corporate Media Cartel 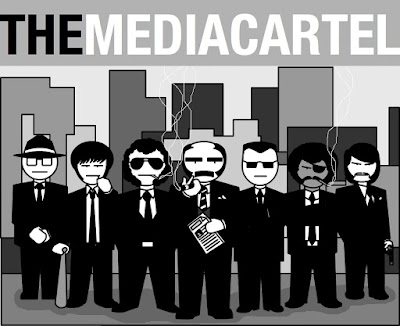 It startled me when Owen at Northern Reflections posted an item yesterday on a Murray Dobbin op-ed calling for the restoration of a free press as the first step in rehabilitating Canada's ailing democracy.

Busting up the corporate media cartel (CMC) wasn't an issue in the last election. Only one party called for it in their platform and it wasn't the Liberals or the NDP and certainly not the Tories either. It was my party, the Greens.

This blog has been around for nearly ten years and for almost as long I've been championing the need to reform Canada's mass media as the cornerstone to restoring liberal democracy to our country.

One of the features common to both liberal and illiberal democracy is that they both allow voting. Where they differ is that in just one, liberal democracy, the will of the electorate matters while in the other it often doesn't. How can that be? It's as simple as it is deviously subtle. Part of it is voter manipulation. One way to control voters is to manage the information they receive. A misinformed public is a manipulated public. Sure they vote but the political power of their votes, the clout, transfers to the agent that steers them, not the voters. Those who can manufacture consent can have nearly anything they wish.

I grew up with these theories. The Davey Commission (1970) was held just a few years before I became a budding Ottawa journo. It was followed by the Kent Commission in 1981 just as I began my legal career in Vancouver. A nicely digested summary of these reports is available here.

These commissions looked at the threats to democracy posed by concentration of ownership (one chain obtaining an unhealthy dominance by owning too many newspapers) and media cross-ownership (whereby corporations gained dominance in individual markets by acquiring newspaper, TV and radio outlets).

I'll paraphrase the theory behind these inquiries. True democracy depends on a truly free press that furnishes the public generous access to information and opinion from the greatest number of voices spanning the broadest political spectrum from far right to far left and everything in between. This required that media ownership be as diversified, broadly owned, as possible. This was critical to preventing the media from becoming the lapdog of government (as today) instead of the watchdog of government.

To people like the Aspers and the Blacks and the denizens of the PostMedia and Sun chain, this thinking is as the noonday sun to a vampire.

Concentration of ownership gives rise to a democratically corrosive symbiosis between the few hands that control the media and the government of the day. Each has an interest in the health and welfare of the other. Through this the fealty of the media shifts from the public to those who govern the public. In return, government pretty much allows the media barons to have their way with us.

We never saw this more clearly than in the solidarity between Canada's major newspapers and the Harper government in the pre-election editorials this time around. The media took Harper's side, not ours. Their support of Harper was unanimous and anyone who sought to say differently, even Andrew Coyne, was gagged. That wasn't a fluke. It was merely a powerfully obvious display of what's been going on in Canada's CMC for years. 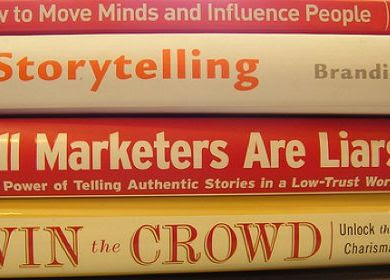 When just three or four or five hands direct Canada's mainstream media, all you can reliably expect to hear is the one voice that reflects their narrow, common interest. Newsrooms are gutted. Information is streamlined. The lines between news, opinion, and commercial messaging are blurred and eventually fade. News is no longer news but something that can be quite inimical to liberal democracy.

Now the good news. We don't have to re-invent the wheel. Davey and Kent have already done the heavy lifting. They've thought this through. We just need to dust off their wisdom and shape it to Canada almost half a century later.

Brace yourself. This, to your now thoroughly conditioned mind, could sound pretty radical.

Here are the recommendations on ownership and divestment:


In the area of ownership and divestment, the Commission proposed legislation to:
Here are the recommendations on Editorial Independence. Brace yourselves:

Can you imagine living in a Canada where the media operated under these rules, provisions that didn't harness their voice but actually freed it?

One powerful reason why I couldn't vote Liberal or NDP was because they were both content with the status quo on our CMC. As I have argued so often, busting the Corporate Media Cartel is where the process of democratic reform must begin. Voting reform is important, no question, but what is it without an informed electorate? Not very much.

Yes, media conglomerates need to be broken up. There also has to be a separation of news production from advertisers.

I now get more news from the Internet than from reading papers and watching TV. This has to be changing the way we keep up on current events.

I agree completely, Toby. I no longer watch TV news save, perhaps, for BBC and, even then, not much. I get news from multiple online sources and, over a decade, have figured out plenty of credible online outlets, being careful to avoid confirmational biases.