Well, What Did She Expect, a Tip?

From the "Only In America" file. 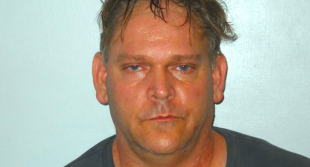 Scene: A waffle house in Biloxi, Mississippi. It's 1 a.m. A waitress is working the graveyard shift. 45-year old Johnny Mount is scarfing something, probably waffles, looking to soak up a gutload of cheap booze.

That's when Johnny decides he'd like to finish off his repast with a soothing cigarette. The waitress asks Mount to either put out the cigarette or at least smoke outside.

Johnny doesn't like his options or her tone of voice so he pulls the ever-popular, 9 mm. handgun concealed beneath his shirt and fires one round right into the woman's head, ending her final graveyard shift at the all-night diner.

The accused was arrested as he tried to leave the eatery and is now charged with first degree murder.

Johnny is probably en route to a lethal injection unless it turns out the waitress was black or something. In that case maybe the "stand your ground" defence might work. "Hell, Bubba - er, judge - she had a coffee pot. I thought she was going to pour it all over me. Had to put her down, no choice."
Posted by The Mound of Sound at 8:58 AM

Two things, Chris. This is Biloxi, Mississippi. Two, the prosecutor seems to think it is indeed first degree. I assume you're thinking the event doesn't meet the pre-meditation element. Then again they may be looking to the possibility of a 2nd degree plea bargain, maybe even aggravated manslaughter (I think they have such a thing down there) with 12-20 years.