Sorry JT But the Honeymoon's Over 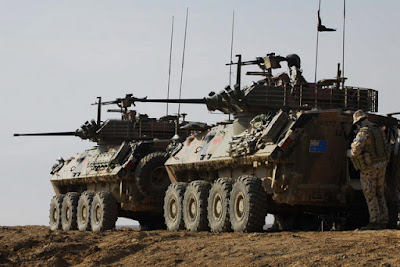 Even the New York Times can't look the other way any longer. America's "grey lady," put it on the record today. Saudi Arabia is no ally to the West. It is, by contrast, the greatest "state sponsor of terrorism" on the planet and the radical Islamist outfits it backs are the same murderous gangs we're fighting - al Qaeda, al Nusra, ISIS and their affiliates who are sowing chaos through the Muslim world, Europe and even in North America.

If you need more details you can check out this trip down Memory Lane from Foreign Policy in Focus.

So, prime minister Trudeau, you're on notice. Unlike your predecessor, Harper, you can't duck this. You'll know that Harper approved the biggest arms deal in Canadian history for the supply of $15-billion worth of armoured fighting vehicles to the biggest state sponsor of terrorism in the increasingly chaotic Middle East.

Harper tried to duck his, and by extension all Canadians', abject moral failure with the greasy excuse that, if Canada didn't sell these combat vehicles to the Saudis, another country would. That's the talk of a moral reprobate but, unless you act Mr. Trudeau, you'll also have to own it.

It's not just the Saudis either. It's the Kuwaitis too. Apparently this is how they express their gratitude for our war to drive Saddam Hussein out of their homeland. And it's the Qataris and, it seems, our NATO ally, the Turks. Oh well you know all the players from that dossier Vladimir Putin handed to you at the G20 summit.

What exactly did the Saudis tell us they had in mind for all those armoured fighting vehicles? I wonder if it's got anything to do with their extermination campaign against the Houthi people of Yemen? Those Saudis are going through a massive amount of ordinance. When it comes to the Yemeni people they prefer smart munitions and cluster bombs. It's about all the Americans can do to keep up with demand.

You see, Mr. Trudeau, here's the thing. When the Saudis are placing an order that massive with Canada's defence industry, it's a good bet this state sponsor of terrorism has a pretty clear plan to use that high-tech death hardware before long and, with what we know of Saudi Arabia and the murderous swine it sponsors, whatever they do with those combat vehicles will be on our heads and I really don't like that idea.  We can't feign innocence. Harper says he swore not to talk, a condition of the sale insisted on by the Saudis. Why? What did Harper and his Saudi pals not want the Canadian people and the world to know?

Stop this, Mr. Trudeau. Stop it now before one of those fighting vehicles reaches the hold of a ship.
Posted by The Mound of Sound at 6:22 PM

.. Canadians need answers to the secretive Harper 'deal' with the Saudi's .. not the mumbo jumbo denials deflections and deceits a la Tony Clement et al. Perhaps Trudeau can strip the bride bare, so to speak.. get the cat out of the bag y'know.. or as one prominent Harper MP knob named 'Honorable' T Lekiwsky shrilled, confirm what hordes or whores are willing to do or become - once elected.. I can't recall the author Mound.. but someone noteworthy once suggested that once its confirmed what the service will be nudge nudge wink wink.. ie their occupation - you are then only haggling with them over the price & the location of said service.. Our dear smarmy drone MP S Harper formerly PM Harper has lots of explaining to do.. but as each of his 'legacy' efforts are examined for asbestos, legality, rationale, coherence, accountability.. all that 'right stuff' of the highest calling & senior level of public service .. will we get a proxy apologist like craven Calandra? Or Ray Novak? Or goodness gracious will Laureen Harper have to go to bat for her 'my lips are sealed' husband as the 'case is before the courts' perpetually.. ?

Harper wrote the book on litigation .. never a real 'economist' .. he was instead.. both at the same time, a closet litigator & a proven closet coward under fire.. In the annals of history, Canadian or otherwise.. who can be proven to have hidden in a broom closet while surrounded by hundreds of MP's? Placing themselves as superior - more important.. more precious & valuable to their country.. ?

I don't think Trudeau will do anything Mound. Seems he'd rather, behind closed doors, tell Putin to get out of Ukraine.It would go a long way if Trudeau told Saudi Arabia no deal. It would show me that he has the guts to take this country where Canadians want it to go.Ain't going to happen!

P.S. Why the skin care ad on your blog?

Mound, Harper selling advanced weapons to Saudis is very perplexing. He hated Muslims. If he could help it he would have deported all Muslim from Canada.

Bush had personal interest with Ladens. What were Harper's motives?

Mound the Scorpion or whatever they called are not key tools used by terrorists or
even to a large extent warlords. I think we need to draw a line in the sand somewhere, but the UN should be leading not Canada or other countries that the Saudis want to unload money on. The fact is they can buy these from any other Nato country. So I am sill in favor but in a prefect world would never have made the deal without some big addendums.

Anyong said: On CBC's "Sunday Morning", Michael Enright interviewed Loretta Napoleoni today. She is an economist and the author of several books, including Terrorism and the Economy, Terrorism Incorporated and most recently, Islamist Phoenix. She has advised heads of state, governments and international organizations on the intricacies of terrorist financing and she lectures on the subject around the world. Mr. Enright asked who in her estimation was financing ISIS. Interesting replies. I don't think for one minute Mr. Enright even knows about Canada and Harper supplied arms to Saudi Arabia or he would have asked her. There wasn't any mention of Saudi Arabia at all. Perhaps now, people will be better informed as to who is financing ISIS with the New York Times editorial.