The US National Oceanic and Atmospheric Agency has released their latest projections for el Nino.  At the bottom of this chart you'll see a band of dark red that stretches across the Pacific. That's el Nino and it could be a record breaker.

The dark patches west of Vancouver Island, off the Washington/Oregon border and from southern California to Cabo san Lucas - that's "the blob" that we've been dealing with since at least last spring. It looks like something similar is underway along America's eastern seaboard extending into the Maritimes. 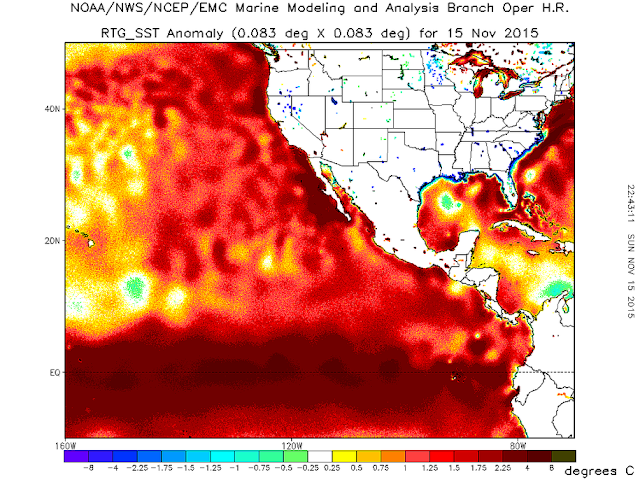 Anyong said.....How warm will be enough for all those deniers before they try to find cold water.