The New York Times Nails It - Saudi Arabia is Just an ISIS That Made It.

At last, a voice pointing to the cognitive dissonance bordering on madness in the West's (including our own) military adventurism in South Asia and the Middle East. I've been arguing this, well, forever. You want to kill the snake, you cut off its head and whether it's the Taliban, al Qaeda, al Nusra or ISIS, the head is always the same only we consider it our ally.

We're getting into the second half of the second decade of our high-tech futility over there, our pointless but endlessly lethal wars of gesture. There's a reason that all the King's horses and all the King's men haven't won anything, not one goddamned thing.

Here are excerpts from an op-ed written by Kamel Daoud reprinted in today's New York Times. When are we going to wake up?

Black Daesh, white Daesh. The former slits throats, kills, stones, cuts off hands, destroys humanity’s common heritage and despises archaeology, women and non-Muslims. The latter is better dressed and neater but does the same things. The Islamic State; Saudi Arabia. In its struggle against terrorism, the West wages war on one, but shakes hands with the other. This is a mechanism of denial, and denial has a price: preserving the famous strategic alliance with Saudi Arabia at the risk of forgetting that the kingdom also relies on an alliance with a religious clergy that produces, legitimizes, spreads, preaches and defends Wahhabism, the ultra-puritanical form of Islam that Daesh feeds on.

The West’s denial regarding Saudi Arabia is striking: It salutes the theocracy as its ally but pretends not to notice that it is the world’s chief ideological sponsor of Islamist culture. The younger generations of radicals in the so-called Arab world were not born jihadists. They were suckled in the bosom of Fatwa Valley, a kind of Islamist Vatican with a vast industry that produces theologians, religious laws, books, and aggressive editorial policies and media campaigns.

Saudi Arabia remains an ally of the West in the many chess games playing out in the Middle East. It is preferred to Iran, that gray Daesh. And there’s the trap. Denial creates the illusion of equilibrium. Jihadism is denounced as the scourge of the century but no consideration is given to what created it or supports it. This may allow saving face, but not saving lives.

Daesh has a mother, the invasion of Iraq. But it also has a father: Saudi Arabia and its religious-industrial complex. Until that point is understood, battles may be won, but the war will be lost. Jihadists will be killed, only to be reborn again in future generations and raised on the same books


But wait, there's more !!! The United States just released a large quantity of sophisticated ground attack weapons to the Saudis who are running low because of their endless bombing campaign against Yemen's Houthi population.  The Houthi rebels are waging battles with al Qaeda and ISIS units. In other words the Saudis are informally delivering air strikes in support of the same murderous Islamist bastards we're trying to defeat in Syria and Iraq. 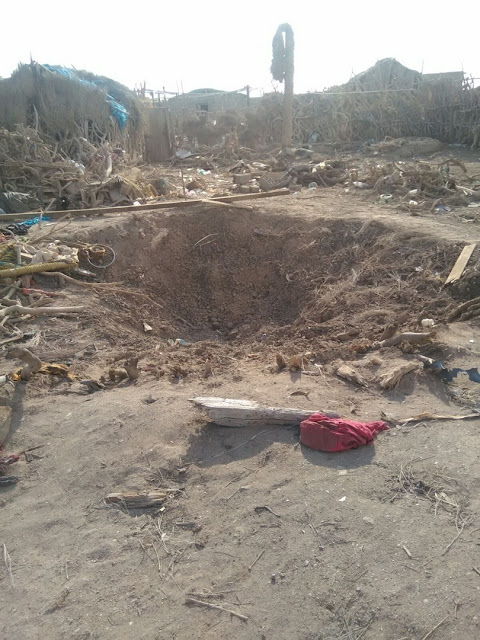 The important point to remember is that these outfits, al Qaeda, ISIS, al Nusra and the rest can come and go.  You can't defeat them and they won't give up and they won't surrender. They just dissolve, disappear and reform at some place of their choosing. Their lifeline - the sheikhs and princes of the Persian Gulf - just keep them going and going.
Posted by The Mound of Sound at 11:53 AM

Mound said, "The Houthi rebels are waging battles with al Qaeda and ISIS units. In other words the Saudis are informally delivering air strikes against the same murderous Islamist bastards we're trying to defeat in Syria and Iraq."

Did you get that right?

Sorry, no, you're right. I'll fix that right up.

Given the virtual MSM cone of silence about such sordid relationships, Mound, it is encouraging to see The New York Times exposing them.

It is, Lorne, but our governmental dysfunction runs deep and is going to be difficult, if not impossible, to shake. We know the Saudis are bastards and they know we know but everyone thinks this symbiosis leaves the unaccountable and, so far, it has.

Wouldn't it be wonderful if the US president released the redacted pages of the Congressional 9/11 report, the part that is supposed to implicate the Saudi leadership? I doubt I'll ever see it in my lifetime.

Re,
This is a mechanism of denial, and denial has a price: preserving the famous strategic alliance with Saudi Arabia at the risk of forgetting that the kingdom also relies on an alliance with a religious clergy

You understate the gravity of the problem .
Be it the UK Government, the (previous) Canadian Government or the US Government who will tie themselves in knots to justify selling armaments to Saudi Arabia.
AGAIN; our lust for profit is more dangerous than ISIS ever will be.