Oh, I Get It. This Is How You Try to Spin War Crimes Into Human Error. 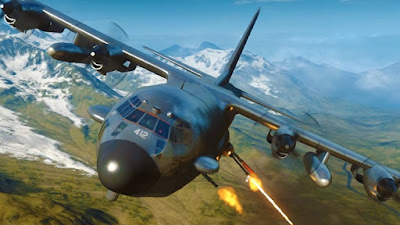 The establishing point:  the U.S. military command has issued such a string of inconsistent explanations and excuses, effortlessly shifting from one to another as they were disproven that it doesn't get the benefit of the doubt this time around.

The issue: the devastating attack on a hospital operated by Medecins san Frontieres (Doctors without Borders) in Kunduz, Afghanistan  that appears to have been aimed at exterminating Taliban wounded being treated inside.

Now it's "Shucks, gosh - it was human error. Now, for the first time, we'll explain it away by convincing you that we were really trying to destroy the building beside the hospital. We missed. Sorry. These things happen."

Sorry but when you make a firing run on a building with an aerial Death Machine like the AC-130 Hercules, "oopsie" is no defence. The attack went on and on while MSF was on the phone to 'allied' headquarters pleading (to no avail) to call off the airstrikes.

If you want us to believe it was all a mistake, it's on you to prove that. Explain how that happens in your AC-130 with all its electronics and communications gear. Maybe this is your worst possible defence which is why you left it to last.
Posted by The Mound of Sound at 8:25 AM

You have forgotten to mention the most important thing.

The US doesn't commit war crimes. Doesn't matter what they do or to whom or with how much fire power. Nor do civilian casualties matter.

All that matters is that the US does not commit war crimes.

Mound, I agree with Dana that "U.S does not commit crimes*. This is not the first time that it has happened and this will not be the last time.

Where is Seymour Hersh on this?

.. Puff the Magic Dragon .. Sad to... no tragic.. unforgiveable.. to see it used to decimate a hospital. A devastating arial anti-personnel platform pumping staggering volume of fire at ground targets.. Still have yet to hear an acceptable explanation for this massacre..