A Better Life - by Default 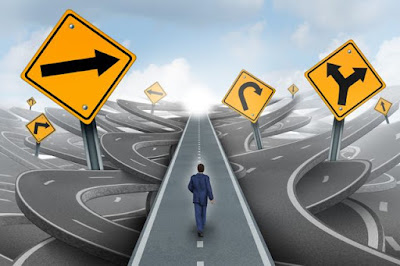 An interesting study finds we can change people's behaviour by default. Let's say a power utility gives its customers a choice. The default option is to subscribe for green energy. The other option, which requires them to select it, is for conventionally generated electricity at a marginally lower rate. What they found is that most people just go with the default option.

Due to the energy pricing specifics in Germany, the supplier sold renewable energy at a slightly higher price (0.3 cents per kilowatt hour, about €10 (around $15 at the time) annually based on an average household) making it only minimally more expensive. Purchasing green, however, assures that the supplier changes its energy mix to reflect the consumer’s preference for sustainable energy. For instance, if a consumer uses 5,000 kilowatt hours per year, the supplier will purchase this exact amount of green energy and add it to the overall energy mix.

This is where our experiment kicked in: Half of our households were guided through decision screens in which they actively had to opt into green energy. Besides their choice about the service intensity, household decision makers could click a button that said: “I would like that 100% of my energy is sustainable”. Clicking and unclicking that button dynamically updated the prices. The other half of our households was guided through identical decision screens, but we had pre-selected the same button as above. The difference between the experimental conditions is minimal. Households had to actively “opt-in” in half of the cases or actively “opt-out” in the other half, simply by (un-)clicking the button.

The results were striking. Using the opt-in rule, merely 7% of households purchased a green energy contract. Using the “opt-out” rule, however, increased participation tenfold to roughly 70%. Choices were largely anonymous and cost of switching to a conventional vs. green contract is negligible. Yet, we observe drastic changes in preference suggesting that a simple change in the decision architecture is enough to boost demand of green energy.

Hey .. the cable companies pulled this caper and got spanked. But for a green socially desirable goal, I'd support it.

dogs that don't shed much fur

pictures of puppies for sale near me

this was a very good research work. I really appreciate your effort. thank you greetings bar trivia questions