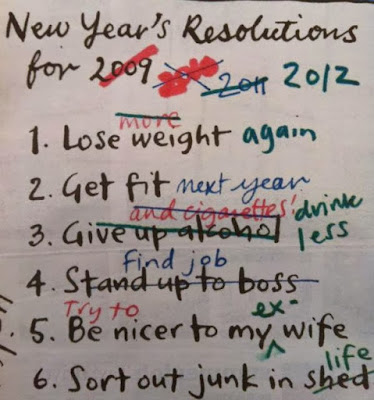 This year's resolution is to devote less time to this blog until I get through my backlog of reading. It's huge and I've had no choice but to cull the herd. Some are re-reads, some are recently acquired, a couple are gifts. Here goes:

Never Let a Crisis Go to Waste, Phil Mirowski (2013) - a slog but "a powerful critique of neoclassical economics."

The End of Normal, James K. Galbraith (2014) - son of Canadian John K. - exploring the 'end of normal' through the rising costs of real resources, the futility of military power, the labour-saving consequences of the digital revolution, and the breakdown of law and ethics in the financial sector.

A Diary of My Sixty-First Year, Ian Brown (2015) - how much life can you live in the fourth quarter, not knowing when the game might end? Got this from a friend. I guess it's a gift.

History's People, Personalities and the Past, Margaret MacMillan (2015) - leadership through Bismarck and the unification of Germany; MacKenzie King and the preservation of the Canadian federation; Franklin Delano Roosevelt and WWII. Also how leaders can make huge and destructive mistakes from Hitler, Stalin to Nixon and Thatcher. Again, a gift.

Finally, The Predator State, How Conservatives Abandoned the Free Market and why Liberals Should Too, James K. Galbraith (2008). Apparently knocks free market fundamentalism off the altar of the high priests of neoliberalism.

There was a time I could knock these out in a week but that was before I developed the attention span of a fruitfly. We'll see...

I loved Collapse of Globalism - I tried bits with my students, but it's too complex for them. You can knock off Brown's in short order. I made it through a considerable piece standing in a bookstore. Not a criticism; he's very readable.

I knocked back the funny ones I got as gifts first (Aziz Ansari and Jenny Lawson), but now I'm into the more scholarly ones: Dan Ariely's Predictably Irrational - because I use his videos in my class but haven't read his work yet - just started and it's pretty light so far. Theodor Adorno's Minima Moralia. And Jared Diamond's The World Until Yesterday. But I'm also already in the middle of Foucault's Discipline and Punish and John Ralston Saul's The Comeback.

It's always so exciting to have a good pile on the go!

I hope 2016 will be better as Emperor Harper is finally gone.

Happy New Year... thanks for the reading list ... I will attempt several of these. The Ian Brown book looks especially relevant to this 62 yr old who wants to 'write another chapter' in his life.

4 books that I revere:
E. O. Wilson
'The Social Conquest of the Earth'
A genetic pioneer morphs into a genetic renegade and explains how we got to where we are today and points at what we are currently doing wrong as a social species.

Christopher Ryan and Cacilda Jethá,
'Sex at Dawn: The Prehistoric Origins of Modern Sexuality'
Funny and insightful and sheds light on the general 'human condition' not just the sex and gender issues.

Thomas Piketty
Capital in the 21st Century
Heavy going for a non-economist ... I got through enough to get his points.
(May be similar to some of your titles.)

N.N. Taleb
The Black Swan
Misinterpreted by silicon valley and used to defend 'rabbit from the hat' solution to the current crisis. A great read

Marie, I think I'll give Adorno a pass for a while. The way I'm feeling at the moment I might implode. Ditto for Ariely for all the same reasons. As I wrote, I'm getting the attention span of a fruitfly. I keep several books on the go at once, each stashed in a different corner of the house according to how likely I am to pick it up. I love the process of having to orient to a new book before I've really digested the last read. Not sure why.

NPoV, thanks. I think I'll pick up Taleb.