10,000 Aussies swarmed a botanical garden outside Adelaide to experience a rare plant that can replicate the stench of a rotting corpse. The Titan arum, also called the 'corpse flower,' comes from the Sumatran rainforest. It takes a decade to grow to a height of about three metres before it flowers and releases its nauseating bouquet whereupon it collapses into a heap of rotting vegetation. 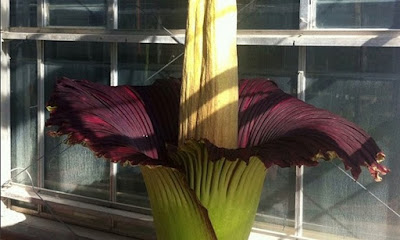 Good on ya, silly buggahs down undah.

Here's to the Qatari royal family who loaded aboard nine jets for the emergency medical evacuation to Switzerland of one prince with a broken leg. Nine jets, one of them an Airbus - one busted leg. Way to go, you silly Sunni buggers.

And then there's the silly rubber robber of Schoppingen, Germany, who laid himself to waste on Christmas Day in an aborted explosive robbery of a condom machine. The 29-year old and his two accomplices thought they might get a few Euros from a roadside condom dispenser by blowing it all to hell. The blast caught one of them in the head - no, the one atop his shoulders. End of story for the silly rubber robber bugger. 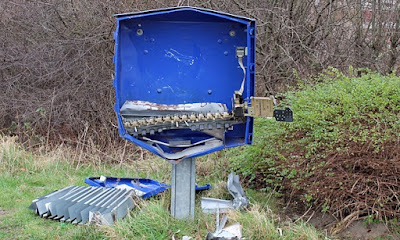 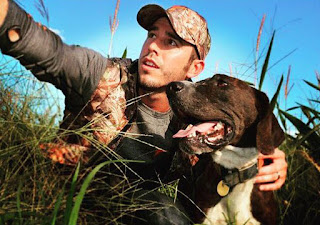 Make room for Arkansas country-western singer, Craig Strickland. Authorities have been searching for Strickland who disappeared after he and a buddy and his dog, Sam, went duck hunting on a lake in northern Oklahoma in the midst of severe storm conditions blamed for at least 5 deaths and 100 injuries in that State. The body of Strickland's hunting partner has been recovered and Sam was found alive.

I'm sorry, I know it's sad. But who in his right mind goes out onto a lake in a duck boat in the midst of a massive windstorm? Another silly bugger gone to an untimely passing.
Posted by The Mound of Sound at 6:48 AM

Surely your last example would make a worthy nominee for the annual Darwin Awards, dontchathink, Mound?


Police in Chicago opened fire on a 19-year-old black man wielding a baseball bat, killing him and his 55-year-old neighbor. An 82-year-old woman called police in Milwaukee to report that she had heard one of her neighbors chanting "ISIS is good, ISIS is great" during sex, and police who responded to a suspected gas leak in Germany concluded that the source of the odor was sauerkraut. Washington State officials found a computer glitch that had released more than 3,000 prisoners early over the past 13 years, it was reported that the IRS had issued $27 million in tax refunds in 2013 because of a programming error, and a British astronaut on the International Space Station called the wrong number while attempting to phone home on Christmas Eve. Christmas was banned in Somalia, and a ban on wearing "hats or clothes that resemble Santa Claus" continued in Brunei. Canada experienced a shortage of peppermint candy canes. A man in England dressed as Santa climbed through the window of a KFC wielding a knife, and it was reported that the number of people giving guns as Christmas gifts had increased since last year. "It is a significant gift," said a gun-shop owner, "to arm the people that you love."

Researchers found that half of all Americans live within 18 miles of their mothers. Three armed burglars were arrested after stealing five dollars from two horse-and-buggy drivers. A monkey stole a bus in India while the driver was napping, a black bear in California rode a trash compactor for 65 miles, and a coyote sneaked into Myrtle Beach International Airport. "It did not get through the security checkpoint," said the airport's spokesperson. "The TSA is doing a fantastic job." The motorcade of Turkish president Recep Tayyip Erdogan stopped to persuade a man not to jump off a bridge. In Florida, a man crashed into a casket business while attempting to drive his car through a time portal, and a woman was arrested while riding around a Walmart in a motorized shopping cart eating a rotisserie chicken and drinking a bottle of wine. Police in Senegal arrested 11 people attending a gay wedding at a school, and the FDA ruled that gay men can now donate blood as long as they haven't had sex with a man in the past year. A man in St. Paul, Minnesota, pointed a pistol at a clerk's head in a sex shop while trying to exchange his broken penis pump, and a German man died after blowing up a roadside condom machine. Volunteers in Denver gave away 1,000 rolled joints to the homeless on Christmas Eve, an orangutan in Thailand made itself a hammock, and a dog in England became an honorary schoolteacher.

And a politician in Canadian province tried to create 100,000 jobs by giving away a trillion feet of gas. Good luck with that!