L.A. Times - "The U.S. infatuation with guns is bordering on a society-wide suicidal impulse" 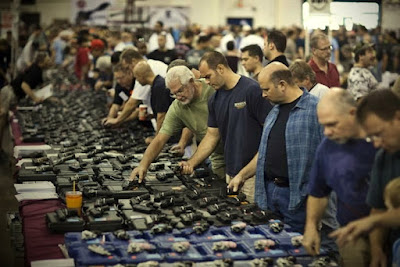 In the wake of yesterday's mass murders in San Bernardino, the L.A. Times tries to make sense of Americans' infatuation with guns.

When these mass murders occur, the instinct is to take a deep dive into the details to learn as much as is possible about who did what and why. That's important to the investigation of the specific incident, obviously, but it misses the bigger picture, which is that such attacks have become so routine they have almost lost their ability to shock. Phrases such as “active shooter” and “shelter in place” are now part of our lexicon. The Department of Homeland Security has posted a webinar for schools and churches on how to respond to shooters.


Enough. This nation's infatuation with guns — inflamed by the ludicrous stances of the NRA, and abetted by Congress' fear of that powerful but irresponsible group — is suicidal. There are too many guns, too easily obtained. Often they are in the hands of those who should not have them at all, such as the mentally ill.

...There is broad political support for stronger laws to address the nation's gun addiction, but gun control advocates have so far been unable to counter the money and organizational heft of the NRA. It's obscene that a single interest group is able to endanger an entire nation's safety.

The Supreme Court lent credibility to the fully-armed-America crowd in its 2008 Heller decision, which held that the 2nd Amendment guarantees an individual's right to bear arms for “traditionally lawful purposes,” such as self-protection in the home. It's a wrongheaded interpretation of wording that for decades was rightly understood to mean that organized military units, such as the National Guard, have a right to keep and bear arms.

...There is no need for civilians to own military-style weapons, or magazines that hold large numbers of cartridges that maximize carnage. There is no justification for selling or transferring a firearm to anyone who has not passed a stringent background check, whether it's a father turning over a gun to a daughter, or a gun shop selling to a stranger. We need to get rid of most concealed-carry laws and make sure there are no guns on school campuses. We need more trigger locks, locked cabinets and gun buybacks.

Gee fellas, good luck with that. 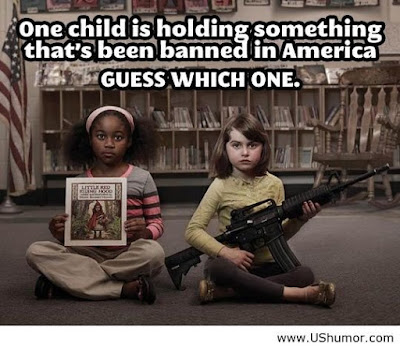 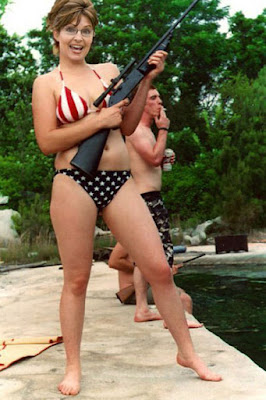 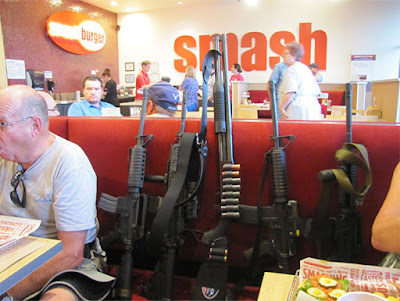 Perhaps a finding by the courts that the NRA is an organization aiding and abetting terrorists?

suspected terrorists can still legally purchase guns in the USA, thanks to the lobby of the NRA.

Time for the USA to make Trump the President.
With him at the helm we can have a fence across our border to keep us safe.

I bet the checkout photo is at Walmart ( the death * star ) store.

Wal-Mart, hell no. It's a Target store.