Is the Political Forum Too Small For the Fight Against Climate Change? 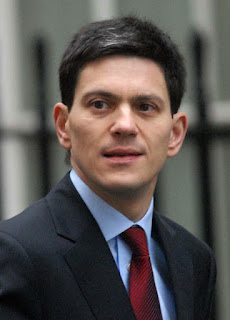 Two things happened during the Harper Decade of Darkness. The first was an absolute deluge of multi-disciplinary research into climate change and all its impacts. The second was essentially nothing.

Harper came into office dismissing climate change as a hoax, a socialist plot, and, despite his claims to the contrary, he left office in pretty much the same state of mind.

Out with the old, in with the new. The latest federal government says it gets the reality of climate change. It's real, it's bad, we must do something but not everything. Plenty of wiggle room there. Now if your party had its ass handed to it in the last election you'll probably want to rise up in righteous indignation at this point but spare us. Angry Beard wouldn't have done any better. That's because he would have been much too busy checking which way the wind was blowing to concentrate on climate change.

Getting back to my point, Canada remains a petro-state. What's holding it back - for now - is the collapse in fossil fuel energy prices (Odin, we pray, may they never rebound). Canada remains committed to the extraction, transportation and export of the highest-carbon, most hazardous unconventional petroleum of them all, bitumen.

With the unduly lax, 2 degree Celsius warming target in mind, we know the planet's carbon budget. If we're to have a "reasonable chance" of staying within 2C there is a finite amount of CO2 we may still release to the atmosphere. In order to have any prospect of achieving that "reasonable chance" we know that it means leaving 80% of known fossil fuel reserves untouched, safely sequestered deep underground.  That means shutting down collieries around the world and, for Canada, doing the same for the Athabasca and Saskatchewan's Tar Sands. Is there any reasonable chance that the political will at both federal and provincial levels will somehow manifest? No, not really. Our three western provinces won't hear of it and neither will the Petro-Pols of Parliament Hill.

We have entrusted our political caste with the powers and resources to act, to defend our country and ensure the future for our grandchildren and theirs. If, having accepted those resources and powers, they abrogate their fundamental responsibility to the country and its people then what choice is there but to organize and tackle them head-on?

Mound, do you not think that the co2 scare is just a red herring ? It seems to me that methane and sulphur dioxide are the real problem.
Big oil and governments get on the co2 bandwagon to hide far worse pollutants.

What I think is irrelevant, istvan. I'm no scientist but of the thousands of scientists from a vast range of disciplines there is an overwhelming consensus on CO2. Maybe your science is better than theirs but, if so, contact the fossil energy companies because they'll gladly pay you billions if you can prove your point. Then again if the CO2 problem was a red herring they would have had their own battalion of scientists churning that out by now. Oddly, they haven't.

What about the claim by some scientists that say the last volcanic eruption spewed more CO2 into the atmosphere than any human caused pollutants. They claim any efforts we make to reduce output is completely wiped out by a single eruption like in Iceland. Not sure what to make of those claims.

"the last volcanic eruption" - which one was that? Do you mean Mount Etna? Which "some scientists" made this claim? You see the problem is that you don't have any sources for your references, you're merely dredging up your best recollections of something that someone supposedly said based on your grasp of what you read or heard. Selective perception, selective interpretation, selective recall - we all do it and that's why it's so flawed and unhelpful. You and I may hear the same speech but we'll each pick up on different parts, interpret what we've heard according to our biases, and then, much later, restate some parts of what we thought we heard or read that will probably be incomplete, lacking context and often misleading.

Well Mound it is true that millions of years ago the CO2 was at the level of today and it was naturally occurring volcanoes that apparently were the culprit.

They still are but humanity has taken the cake and emits way more than volcanoes do now. Also there is a problem with methane. Global warming or should I say anthropocentric warming is causing the release of methane from the ice fields.

We are basically fu*#ed if we do not change our ways collectively as a species time is running out Sherlock.

See over time the Earth balanced and we got this marvelous sphere called Earth to live upon, now we are creating our own doomsday, why? Are we that stupid? It appears so I am sad to say.

I wish you a wonderful New Year full of pleasant surprises,
Cheers,
Mogs

It was a climate change denier that brought up the volcanic eruptions in Iceland a few years back and said all our efforts to reduce carbon had been dashed in an instant by one eruption. Just wondering what the top scientists think about this assertion. I still think we have to change our ways but that won't happen from the top, it will be led by individuals or communities.