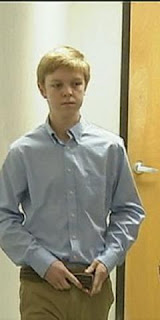 Remember young Ethan Couch?  He's the juvi drunk driver who ploughed into a crowd of pedestrians in Fort Worth in 2013, killing four of them.

Ethan's rich parents hired a team of crack lawyers who got the judge to believe the punk was suffering from "affluenza." They said his affluent upbringing was largely responsible for this crash and he should be let off lightly. They argued that he was so spoiled that he couldn't tell wrong from right and, in any case, he was much too spoiled to be tossed in jail. The judge agreed, sentencing Ethan to treatment for alcohol abuse and 10-years probation.

Now, just a few years later, Ethan has skipped his mandatory meetings with his probation officer. Authorities have been unable to locate him or his mother. They've been looking for the probationer due to a recent video posted to the internet in which he appears to be drinking again.

A judge has issued a "directive to apprehend" - the juvi equivalent of an arrest warrant. 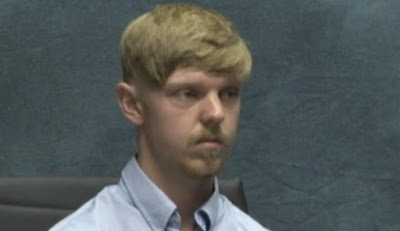 See, this is why I get nervous when talk turns to the younger generation stepping up. Sociopathy run rampant in a couple of generations of "high esteem" kids raised to believe everything they do is wonderful, they cannot fail, there are no wrong decisions, consequences are someone else's problem.

This kid is the product of real 'trailer trash' parents who somehow managed to get rich. The mother and the father are both scofflaws going way back.

In the second picture does he look like Hitler?

I still wonder how the judge got away with this ...its sad that in america there is such a different style of justice, for rich/poor, white/black
its insane that he accepted affluenza without bursting into a giggling fit. I wonder how much money passed hands.

This is very interesting content! I have thoroughly enjoyed reading your points and have come to the conclusion that you are right about many of them. You are great. TossTheKey