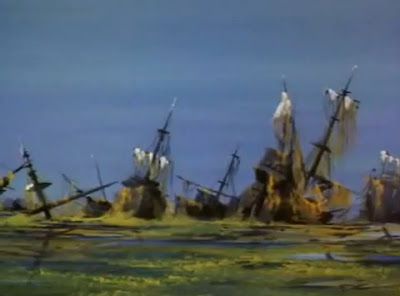 You're a struggling opposition leader, becalmed in the Sargasso Sea of politics, as you watch your rivals sail on by. Somehow you've got to get moving, you have to go on the attack, get noticed, build some inertia.

Easier said than done, especially when the guy you should be targeting turns out to be as popular with your crew as you yourself. They like him as much as they like you - and he's way ahead.

Such is life for Tom "Angry Beard" Mulcair. Two recent polls have found that Justin Trudeau is about as popular with the NDP faithful as is Mulcair.

Only in Quebec did both polls show a significantly higher level of support for the NDP leader.

Conservatives had no such split personality: 78 to 84 per cent of them said they disapproved of Trudeau.

Even if you could close to shooting distance you've got a problem. Your people strongly endorse their guy's policies and performance. He's not like the old guy, the Calgary stumblebum with that bullseye on his back. There was somebody you could attack all day, not that all your slings and arrows made a damn bit of difference.

Oh well, you'll probably figure something out, eventually, maybe. Or maybe not. It's hard to draw a bead when the target is that close. Sort of like shooting yourself. I know - why not give yourself a bit of range? Your aim is bound to be better if you move back to the Left, your old stomping ground. Well, not your old stomping ground but your party's. It's once you get there that you'll see where to aim and, trust me, there will be opportunities.
Posted by The Mound of Sound at 10:06 AM

Mound, Tom Mulcair may have good approval ratings by the people who call themselves NDP. I think Tom Mulcair is for Tom Mulcair. He has no ideology of his own.

When another party runs to the left of the NDP, the NDP will always get the short end.

@ LD. I always thought Mulcair was a political chameleon - to an extent. He always seemed to wait and consult the weather vane to find out which way the wind was blowing before taking a stance.

@ Owen - the NDP under Layton sought to cleanse itself of the past, purging grand principle to clear the way for becoming another liberal centrist party. That including focusing more on trashing the Liberals than worrying about Harper or, for that matter, Canada. They let Mulcair stay well out on that branch even as he sawed through it behind them.

It seems almost axiomatic, Mound, that the closer they get to power, the more Conservative the NDP becomes. Bob Rae proved in in Ontario in the 90's, and Andrea horwath did the same as she vied for the mantle in Ontario's last election. What is that saying about power corrupting ....?

From trying to obliterate the LPC to being in danger of being obliterated by them.

That's quite the achievement for Layton/Mulcair.

Is someone now hard at work figuring out how Tommy boy could lose his right arm to flesh eating disease?

Hey, it worked for Lucky Luc.

Judging by the past I expect you're right, Lorne. It's one thing in a 2-party legislature but it can be perilous in a multi-party parliament when the NDP has abandoned the Left flank to quest for power.

Dana, I think they've run their cycle. The electorate has seen what they have to offer as faux-liberals and decided one Liberal party was sufficient.

Mulcair is getting shopworn, a bit long in the tooth. There may be no alternate political opportunities for him but eventually our past catches up with all of us.

As for a curative bout of flesh-eating disease, it seems you're in a really shitty mood for Christmas. Merry, merry - Dana. Enjoy your lump of coal.

I'm in a grand mood for Christmas.

I just have no generosity of spirit left for the political party of my youth and most of my life.

May I burn my lump of coal?

Perhaps Santa needs an alternative gift for those not deserving of candy canes.

No, Dana. Nice try. That coal is not for burning. It's for eating. Now chow down.

Why are the NDP holding onto Mulcair as their leader? They did the same thing with Horwath.Is it because there is no leadership quality candidates in the NDP? They would be foolish to hold onto Mulcair.

I don't know, Pamela. Now that Trudeau may have opened the next great generational transition the New Dems and the Tories will need to overhaul their 'old white man' leadership.

I wonder if Mulcair realizes that his party is much too nice to actually force him out.

Resigning and having an interim leader would be a good idea.