It's That Time of Year Again 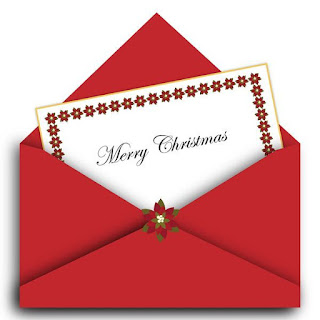 Once again, as so often in Yuletimes past, here is Garrison Keillor's timeless Christmas Letter, 2015:


I love reading Christmas newsletters in which the writer bursts the bonds of modesty and comes forth with one gilt-edged paragraph after another: "Tara was top scorer on the Lady Cougars soccer team and won the lead role in the college production of 'Antigone,' which, by the way, they are performing in the original Greek. Her essay on chaos theory as an investment strategy will be in the next issue of Fortune magazine, the same week she'll appear as a model in Vogue. How she does what she does and still makes Phi Beta Kappa is a wonderment to us all. And, yes, she is still volunteering at the homeless shelter."
I get a couple dozen Christmas letters a year, and I sit and read them in my old bathrobe as I chow down on Hostess Twinkies. Everyone in the letters is busy as beavers, piling up honors hand over fist, volunteering up a storm, traveling to Beijing, Abu Dhabi and Antarctica; nobody is in treatment or depressed or flunking out of school, though occasionally there is a child who gets shorter shrift.
"Chad is adjusting well to his new school and making friends. He especially enjoys the handicrafts." How sad for Chad. There he is in reform school learning to get along with other little felons and making belts and birdhouses, but he can't possibly measure up to the goddess Tara. Or Lindsay or Meghan or Madison, each of whom is also stupendous.
This is rough on us whose children are not paragons. Most children aren't. A great many teenage children go through periods when they loathe you and go around slamming doors and playing psychotic music and saying things like "I wish I had never been born," which is a red-hot needle stuck under your fingernail. One must be very selective, writing about them for the annual newsletter. "Sean is becoming very much his own person and is unafraid to express himself. He is a lively presence in our family and his love of music is a thing to behold."
I come from Minnesota, where it's considered shameful to be shameless, where modesty is always in fashion, where self-promotion is looked at askance. Give us a gold trophy and we will have it bronzed so you won't think that we think we're special. There are no Donald Trumps in Minnesota: We strangled them all in their cribs. A football player who likes to do his special dance after scoring a touchdown is something of a freak.
The basis of modesty is winter. When it's 10 below zero and the wind is whipping across the tundra, there is no such thing as stylish and smart, and everybody's nose runs. And the irony is, if you're smart and stylish, nobody will tell you about your nose. You look in the rearview mirror and you see a gob of green snot hanging from your left nostril and you wonder, "How long have I been walking around like that? Is that why all those people were smiling at me?"
Yes, it is.
So we don't toot our own horns. We can be rather ostentatious in our modesty and can deprecate faster than you can compliment us. We are averse to flattery. We just try to focus on keeping our noses clean.

So here is my Christmas letter:
Dear friends. We are getting older but are in fairly good shape and moving forward insofar as we can tell. We still drink strong coffee and read the paper and drive the same old cars. We plan to go to Norway next summer. We think that this war is an unmitigated disaster that will wind up costing a trillion dollars and we worry for our country. Our child enjoys her new school and is making friends. She was a horsie in the church Christmas pageant and hunkered down beside the manger and seemed to be singing when she was supposed to. We go on working and hope to be adequate to the challenges of the coming year but are by no means confident. It's winter. God is around here somewhere but does not appear to be guiding our government at the moment. Nonetheless we persist. We see kindness all around us and bravery and we are cheered by the good humor of young people. The crabapple tree over the driveway is bare, but we have a memory of pink blossoms and expect them to return. God bless you all.

He's right of course, Mound. For as long as it continues to last, Canadians know that the basis of modesty is Winter. Merry Christmas.

Mound of Sound when I lived South of the 49th parallel I used to listen to Garrison:> Garrison Keillor's story hour A Prairie Home Companion on NPR [National Public Radio] in the US. He was a fantastic story teller and orator. I missed that and am so glad you brought him to my attention again :>

Cheers to you,
Mogs