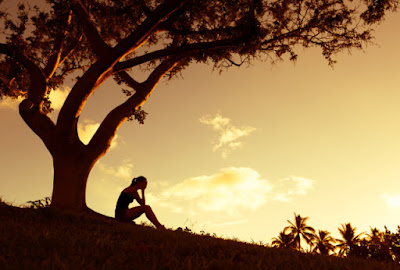 It's a wonderful thing. Indications are that the nations of the world are on the verge of abandoning the 2 degree Celsius ceiling for global warming in favour of a 1.5C cap. Perhaps it's the omni-disciplinary mountain of research that has come in since they pulled the 2C target out of their collective, political hat that has led to their epiphany.

Make no mistake, 1.5C is a good target but it's no solution, not even if they somehow achieve it. Even at 1.5C it's going to be a pretty goddamned miserable world for a big chunk of humanity. 1.5C means more failed states, more wars, more mass migrations. Yes, compared to 2C it's better, much better, but there'll be no Utopia in it.

The problem with 1.5C is that we're already there. Not today but sometime this century. That's because the greenhouse gas emissions we've already loaded into the atmosphere are persistent and they'll continue to warm the planet in the decades ahead. If we eliminated future emissions entirely and the other stuff that nature has in store for us, we would still hit 1.5C. That's already locked in. But what about this other stuff, the natural stuff?

Until a couple of years ago the world hovered around 0.8 degrees Celsius of warming above pre-industrial levels, something that emboldened a great many denialists. Scientists knew that global warming was real but it took them a while to discover that powerful prevailing winds were driving most of the additional heat deep below the surface of our oceans.

Good riddance? Not quite. As Einstein told us, "energy cannot be created or destroyed, it can only be changed from one form to another." If you went to high school you probably learned this as the Law of Conservation of Energy.

Well, what for several years was being plunged into the depths of our oceans has now started coming back to the surface. It's somehow related to the Pacific Decadal Oscillation. Sort of like nature's trick or treat, only without the treat part.

This is a discussion where every tenth of a degree really matters. In barely two years we went from 0.8 to 0.9 to 1.0. If you set survival at 1.5C that's actually a huge change. It's a change that seems to be a natural feedback, not the result of man-made CO2 emissions.

The deep ocean heat transfer isn't the only natural feedback loop already triggered. We've also got the 4) retreat of our glaciers and the loss of polar sea ice. Every time we lose reflective white, the relative darkness that replaces it absorbs solar radiation that was once fired back into space. Did I mention the Arctic Ocean is now open for surfing?

It's not only the Arctic sea ice that's melting. So too is 5) the tundra, which is drying out and catching fire, releasing CO2 and large volumes of ice melting black soot while exposing 6) the methane-rich permafrost beneath it. All that produces considerable volumes of CO2 and methane that go up into the atmosphere to join what we're chucking up there. As the Arctic oceans and lakes warm, the 7) frozen methane clathrates are melting sending streams of bubbling methane skyward. These natural feedback loops, by the way, will not be signing any climate change deal inked in Paris. They're bound by the laws of physics, not the laws of man.

No deal that can be reached in Paris is going to save our bacon, not even if the commitments and promises are fully met. It's going to take more, a lot more, because we're past the point where this is a matter of correcting our own bad habits. We're at the point where now we have to counteract nature too.