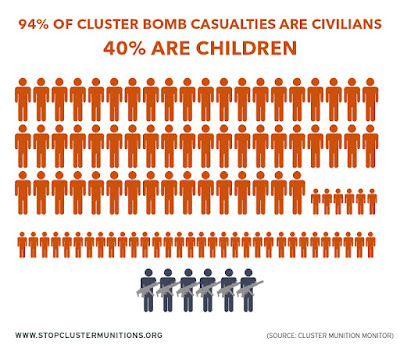 Frustrated by a growing death toll, the White House has quietly placed a hold on the transfer of cluster bombs to Saudi Arabia as the Sunni ally continues its bloody war on Shiite rebels in Yemen, U.S. officials tell Foreign Policy. It’s the first concrete step the United States has taken to demonstrate its unease with the Saudi bombing campaign that human rights activists say has killed and injured hundreds of Yemeni civilians, many of them children.

The move follows rising criticism by U.S. lawmakers of America’s support for the oil-rich monarchy in the year-long conflict. Washington has sold weapons and provided training, targeting information, and aerial refueling support to the Saudi-led coalition fighting in Yemen. It has also sold Riyadh millions of dollars’ worth of cluster bombs in recent years.

You know who else has a fondness for using cluster weapons against civilian areas? Our other really good ally, Israel. 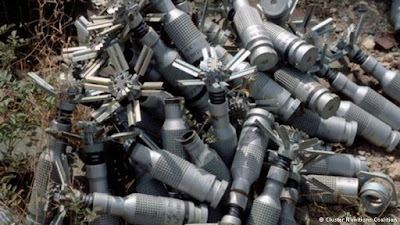 I am still sickened that anyone would manufacture cluster bombs.


How do you feel about our "allies" who use them against civilians?

The Mound of Sound said..., "How do you feel about our "allies" who use them against civilians?"

Disgusted. I am disgusted and sickened by all attacks against civilians. I dislike war and all of its ugliness.