Unrepentant Sinner of the Year 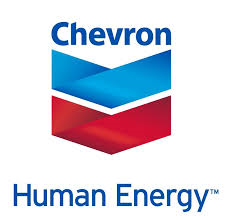 And the award goes to - Chevron CEO John Watson.

While other top oil executives are on the run from angry shareholders and investors or snooping prosecutors, Watson says climate change could be good for Chevron.

Climate change - good for an oil company - how so? Well, according to Watson, he's expecting Chevron to wind up increasing its market share.

The oil industry sure is crazy. How crazy? This crazy:

The Kurdish north is dependent for revenue mostly on oil and wheat, and wells are mostly idle because the Kurdish administration doesn’t have the ability to refine or export large quantities. Islamic State controls 10 oil fields in Syria but it has been forced to buy fuel from the Kurdish state, and that trade is indirectly funding the Kurdish militia fighting the extremists.

The Kurds have been selling their oil to ISIS to get money the Kurds need to fight ISIS. The Islamic State needs oil that it can refine and export to get money to fight its enemies and so it has to buy oil from the Kurds, one of its major enemies.

Not sure your explanation of the Kurd Northern Iraq/ISIS Northern Syria oil situation is correct. If you've read enough articles on it, you find there are brokers who buy oil from both outfits, mix it into unmarked tankers and simply drive it a few miles north into Turkey, where it is then looked after by relatives of Erdogan who transport it, mildly refine it in their Med port refinery and sell it by sea oiltanker load to Israel and north African countries.

Then there is the cowboy company Genel Energy from the UK, claiming to deal in Kurdistan oil as well:

This stellar outfit is run by Tony Hayward and pals, ex BP Gulf of Mexico nitwit CEO. Genel definitely backs Kurdistan, but may include a bit of Syrian oil in the manner described above. Genel even has lovely maps on their lovely website.

Read all the pages to see how an ethicless company can be a unique opportunity for a risk taker investor. They say they've been in Kurdistan for a decade, but Kurdistan is not a recognized country, it's part of Iraq. Ah well, what's the diff to men wearing blinders an ear defenders.

When there's money to be made ISIS and the Kurds don't have to actually speak to each other. Shadowy middlemen are more than happy to look after the oil for each.

Not much difference between this and WWII, is there?

The middle East seems like a free for all where no one but no one seems to know WTF is going on!
Is it something in the water or the air?
Commonsense , humanity, allegiance,respect have fallen to anarchy and greed.
There is little doubt that Blair and Bush created this mess with destroyed countries and destroyed economies leaving idle hands to do evil to anything that moves.