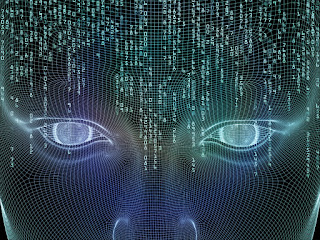 It came to Hank at a conference on transatlantic issues a few years back. There was an address on artificial intelligence that to Kissinger was a yawner until the presenter started with a story of Go.


The speaker described the workings of a computer program that would soon challenge international champions in the game Go. I was amazed that a computer could master Go, which is more complex than chess. In it, each player deploys 180 or 181 pieces (depending on which color he or she chooses), placed alternately on an initially empty board; victory goes to the side that, by making better strategic decisions, immobilizes his or her opponent by more effectively controlling territory.

The speaker insisted that this ability could not be preprogrammed. His machine, he said, learned to master Go by training itself through practice. Given Go’s basic rules, the computer played innumerable games against itself, learning from its mistakes and refining its algorithms accordingly. In the process, it exceeded the skills of its human mentors. And indeed, in the months following the speech, an AI program named AlphaGo would decisively defeat the world’s greatest Go players.


Kissinger's undoubtedly clever mind was up and running from there.


As I listened to the speaker celebrate this technical progress, my experience as a historian and occasional practicing statesman gave me pause. What would be the impact on history of self-learning machines—machines that acquired knowledge by processes particular to themselves, and applied that knowledge to ends for which there may be no category of human understanding? Would these machines learn to communicate with one another? How would choices be made among emerging options? Was it possible that human history might go the way of the Incas, faced with a Spanish culture incomprehensible and even awe-inspiring to them? Were we at the edge of a new phase of human history?


Kissinger writes that we are not remotely prepared for what is coming our way and how it will impact our societies, our politics and our economies. It's the end of the Enlightenment.


The internet age in which we already live prefigures some of the questions and issues that AI will only make more acute. The Enlightenment sought to submit traditional verities to a liberated, analytic human reason. The internet’s purpose is to ratify knowledge through the accumulation and manipulation of ever expanding data. Human cognition loses its personal character. Individuals turn into data, and data become regnant.

...In the process, search-engine algorithms acquire the capacity to predict the preferences of individual clients, enabling the algorithms to personalize results and make them available to other parties for political or commercial purposes. Truth becomes relative. Information threatens to overwhelm wisdom.

Inundated via social media with the opinions of multitudes, users are diverted from introspection; in truth many technophiles use the internet to avoid the solitude they dread. All of these pressures weaken the fortitude required to develop and sustain convictions that can be implemented only by traveling a lonely road, which is the essence of creativity.

...The digital world’s emphasis on speed inhibits reflection; its incentive empowers the radical over the thoughtful; its values are shaped by subgroup consensus, not by introspection.

...Heretofore confined to specific fields of activity, AI research now seeks to bring about a “generally intelligent” AI capable of executing tasks in multiple fields. A growing percentage of human activity will, within a measurable time period, be driven by AI algorithms. But these algorithms, being mathematical interpretations of observed data, do not explain the underlying reality that produces them. Paradoxically, as the world becomes more transparent, it will also become increasingly mysterious. What will distinguish that new world from the one we have known? How will we live in it? How will we manage AI, improve it, or at the very least prevent it from doing harm, culminating in the most ominous concern: that AI, by mastering certain competencies more rapidly and definitively than humans, could over time diminish human competence and the human condition itself as it turns it into data.


First, that AI may achieve unintended results. Science fiction has imagined scenarios of AI turning on its creators. More likely is the danger that AI will misinterpret human instructions due to its inherent lack of context.

...Second, that in achieving intended goals, AI may change human thought processes and human values. AlphaGo defeated the world Go champions by making strategically unprecedented moves—moves that humans had not conceived and have not yet successfully learned to overcome. Are these moves beyond the capacity of the human brain? Or could humans learn them now that they have been demonstrated by a new master?

If AI learns exponentially faster than humans, we must expect it to accelerate, also exponentially, the trial-and-error process by which human decisions are generally made: to make mistakes faster and of greater magnitude than humans do. It may be impossible to temper those mistakes, as researchers in AI often suggest, by including in a program caveats requiring “ethical” or “reasonable” outcomes. Entire academic disciplines have arisen out of humanity’s inability to agree upon how to define these terms. Should AI therefore become their arbiter?

Third, that AI may reach intended goals, but be unable to explain the rationale for its conclusions. In certain fields—pattern recognition, big-data analysis, gaming—AI’s capacities already may exceed those of humans. If its computational power continues to compound rapidly, AI may soon be able to optimize situations in ways that are at least marginally different, and probably significantly different, from how humans would optimize them. But at that point, will AI be able to explain, in a way that humans can understand, why its actions are optimal? Or will AI’s decision making surpass the explanatory powers of human language and reason? Through all human history, civilizations have created ways to explain the world around them—in the Middle Ages, religion; in the Enlightenment, reason; in the 19th century, history; in the 20th century, ideology. The most difficult yet important question about the world into which we are headed is this: What will become of human consciousness if its own explanatory power is surpassed by AI, and societies are no longer able to interpret the world they inhabit in terms that are meaningful to them?

...Philosophers and others in the field of the humanities who helped shape previous concepts of world order tend to be disadvantaged, lacking knowledge of AI’s mechanisms or being overawed by its capacities. In contrast, the scientific world is impelled to explore the technical possibilities of its achievements, and the technological world is preoccupied with commercial vistas of fabulous scale. The incentive of both these worlds is to push the limits of discoveries rather than to comprehend them. And governance, insofar as it deals with the subject, is more likely to investigate AI’s applications for security and intelligence than to explore the transformation of the human condition that it has begun to produce.

The Enlightenment started with essentially philosophical insights spread by a new technology [the printing press]. Our period is moving in the opposite direction. It has generated a potentially dominating technology in search of a guiding philosophy. Other countries have made AI a major national project. The United States has not yet, as a nation, systematically explored its full scope, studied its implications, or begun the process of ultimate learning. This should be given a high national priority, above all, from the point of view of relating AI to humanistic traditions.

...The U.S. government should consider a presidential commission of eminent thinkers to help develop a national vision. This much is certain: If we do not start this effort soon, before long we shall discover that we started too late.

There may not be a presidential commission or a national vision for AI but I bet the Pentagon has it on its agenda. Robo-soldier, here we come.


Yes AI definitely has military applications but I suspect its most compelling uses will be domestic, everything from grooming consumerism to monitoring, observation and worse. It's just too valuable a breakthrough not to use against one's own people.