A Court Rules Against a Government Over Climate Change 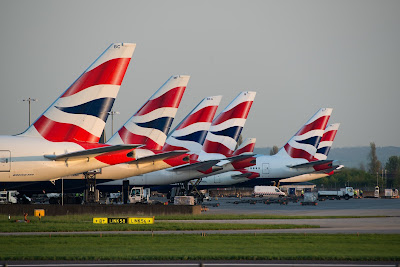 The UK government has committed itself to some impressive climate change targets and, to
the country's High Court, that means there'll be no third runway for Heathrow Airport.


[The court][ ruled that ministers’ failure to take the UK’s climate change commitments into account rendered the Airports National Policy Statement (ANPS) – which effectively gave the green light to a third runway – unlawful. In order to be lawful, the ANPS would have to be rewritten to include a credible plan for squaring expansion with our commitment under the Paris Agreement to seek to limit global temperature rise to no more than 1.5C. The court was careful to clarify that it has no opinion on whether or not this is possible.

Gee, holding a government to its word, there's a novel idea.


Today’s judgment marks a turning point in the climate struggle. It looks like the beginning of the British state taking the implications of the climate emergency as seriously as its citizens have now begun to. For UK air travel, this means there is turbulence ahead. We can no longer muddle on with the pretence that ever-increasing demand for flights can be met while also reducing emissions down to zero. The uniquely generous tax breaks that have kept air travel artificially cheap must end, but if the climate movement wants to maintain the support of the wider public, we must do this in the fairest way possible. That means bringing in a frequent flyer levy, which would protect access to some air travel for all, regardless of income, while still keeping aviation emissions within safe limits for the climate. Whether Boris Johnson’s government has the stomach for this kind of medicine remains to be seen.

I suppose Boris could appeal the decision on the grounds that the Paris Climate promises were merely aspirational, greenwash, little more than eco-bullshit. Of course that would mean admitting that its promises are meaningless, not to be relied on, never to be believed. Sort of like Justin telling Canadians that achieving a green future for Canada depends on expanding the production of high-carbon, climate wrecking bitumen.