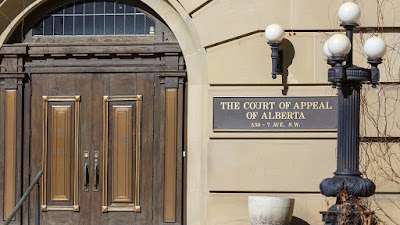 The Alberta Court of Appeal has upheld Jason Kenney's claim that the federal carbon tax is unconstitutional. It was a 4-1 decision. One judge called Ottawa's carbon tax "a constitutional Trojan horse."


The court rejected federal arguments that reducing greenhouse gases met the legal test of being a national concern.

“Almost every aspect of the provinces’ development and management of their natural resources … would be subject to federal regulation.”

It noted health care, minimum wages and justice are all national concerns but are administered by the provinces.

The court ruled that, for something to be a national concern within federal jurisdiction, it would have to be beyond the scope of provincial powers.

Monday’s decision is the first to side with a province against the federal government.
Courts in both Saskatchewan and Ontario upheld the federal levy last year.

The Alberta judgment notwithstanding, the issue will be settled this spring when Saskatchewan's appeal is heard by the Supreme Court of Canada.

I was going to read the decision but it's 294 pages long, with 858 footnotes! The advent of computers has not been good for court decisions. When judges/clerks handwrote or banged judgments out on typewriters, they were forced to be terse. Now, copy-paste allows them to give a textbook's worth of detail on precedents dating back to the JCPC. I pity the lawyers and judges at the SCC appeal who'll have to wade through that drivel.

I assume Ottawa will appeal the Alta CA decision and apply to have it heard with Saskatchewan's appeal. Would it not make sense to wait for that decision before jumping into the deep end?

Well,if the carbon tax is not a national concern, then neither is the tmx pipeline. But wait, doesnt Kenney claim that pipelines are in the national interest?