"A Fundamental Reshaping of Finance" Another Nail in Fossil Energy's Coffin. 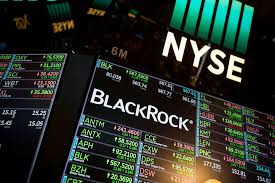 That's the sort of clout BlackRock CEO, Larry Fink, commands when he announces that, going forward, his firm will incorporate environmental sustainability in its investment decisions.

BlackRock is the world’s largest asset manager with nearly $7 trillion in investments, and this move will fundamentally shift its investing policy — and could reshape how corporate America does business and put pressure on other large money managers to follow suit.

Mr. Fink’s annual letter to the chief executives of the world’s largest companies is closely watched, and in the 2020 edition he said BlackRock would begin to exit certain investments that “present a high sustainability-related risk,” such as those in coal producers. His intent is to encourage every company, not just energy firms, to rethink their carbon footprints.

“Awareness is rapidly changing, and I believe we are on the edge of a fundamental reshaping of finance,” Mr. Fink wrote in the letter, which was obtained by The New York Times. “The evidence on climate risk is compelling investors to reassess core assumptions about modern finance.”

The worm, it seems, is turning for high carbon, low value fossil fuels. Good thing we bought that pipeline for way above fair market value just before the world opted for survival.

Those Texas bandits at Kinder Morgan must be laughing their asses off at how the Trudeau government paid them top dollar just when they were ready to walk away from the whole thing. I'll bet they saw this unfolding. They knew it takes decades to recover the construction investment before ever turning a profit on a pipeline and they knew that bitumen was a likely "stranded asset."

Meanwhile, when Jason Kenney praises Justin, you know the feds screwed up.
Posted by The Mound of Sound at 8:57 AM

The writing's on the wall, Mound. But an astonishing number of people can't read.

I'm not sure they can't read what's happening, Owen. My next post focuses on whether Ottawa's hands are already tied. If the markets bail out will Ottawa treat the Tar Sands as Canada's TARP asset and step in to keep the industry afloat?

I wonder who advised Trudeau and crew to buy the pipeline. Surely, someone other than Kinder Morgan was directing, demanding, covering their own interests.

Time will tell how serious BlackRock is about environmental sustainability in its investment decisions.


"Time will tell" - I learned when I studied journalism that those words were never to be uttered. Yet many journos still use it to wrap up their reports. It's the equivalent of saying "I haven't got a fucking clue."