Flirting with Armageddon. We're Not So MAD Anymore. 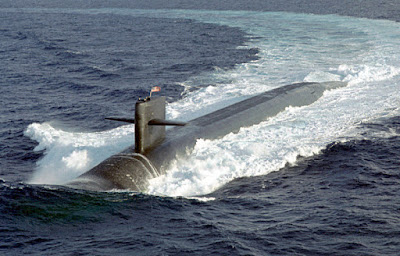 By MAD, I refer to the doctrine of "mutually assured destruction" that is credited with averting a major nuclear exchange of ICBMs by the American or Soviets during the Cold War. The temptation to launch a pre-emptive strike fades when you know the other guy will always have the means to retaliate in kind and you'll both wind up dead.  Hence prudence became the order of the day.

Then America elected (loosely speaking) the "very stable genius" to preside in the Oval Office. The Americans time their elections to permit a reasonable transition period before the winner is inaugurated president.  During that interval the president-elect goes to school. This takes the form of numerous briefings on stuff a president needs to know from day one. High on the priority list are briefings on America's nuclear weapons.

When it came to the nukes Trump was reported to have asked, with some annoyance, what was the point of having all these nuclear weapons if he couldn't use them. That should have been a bright red flag. It wasn't.

Trump bridled at his many predecessors' "no first use" pledge. He then ordered development of a new generation of tactical nuclear warheads and said he reserved the right to use them even against nations that had no nukes of their own.


The U.S. military has deployed a new addition to its nuclear arsenal — a long-range missile armed with a nuclear warhead of reduced destructive power. The so-called low-yield missile joins other, more powerful weapons aboard stealthy submarines prowling the oceans.

The debut deployment aboard long-range submarines, known as boomers, is a landmark in U.S. nuclear weapons policy. It is the first major addition to the strategic nuclear arsenal in recent decades and is a departure from the Obama administration’s policy of lessening dependence on nuclear weapons in pursuit of a nuclear-free world.


John Rood, the undersecretary of defense for policy, said in an AP interview Monday that adding the “low-yield” warhead, known as the W76-2, to submarines which tote Trident II ballistic missiles lowers the risk of nuclear war. He said the United States will continue its stated policy of using nuclear weapons only in “extraordinary circumstances.” He also said the warhead will help the United States dissuade Russia from risking launching a limited nuclear conflict.

Apparently Mr. Rood does not understand that "no first use" should not be confused with "extraordinary circumstances." Don't forget, we're talking about "extraordinary" in the context of Donald Trump's very stable mind.

Still no word on the actual yield of the W76-2 warhead. It is supposedly in the 5-7 kiloton range, about half the yield of the Hiroshima bomb, but there's no way of confirming that.  There's also no word on whether these submarine-launched weapons will be MIRV'ed. That refers to the standard multiple warhead missile that launches several warheads independently.

It's not the new warhead that bothers me. It's the abandonment of "no first use" and the lunatic who has his finger on the nuclear trigger.
Posted by The Mound of Sound at 12:23 PM

The most frightening aspect of this is the cultish Trump supporters who will slavishly condone, or even cheer on anything he does cuz he is the Messiah, the chosen who’s every action, statement, decision is of course perfect. Social license is now there. And anyone who thinks Pentagon types won’t go along is dreaming. Congress will vote to limit his war powers? Like he would give damn. The impeachment farce has proven that. Carpe diem! Mac

I fear you're right, Mac. Trump is now an imperial president in the Duterte mold. For a time I thought America's national security apparatus would find a way to derail Trump. Their oath, after all, is to defend the Constitution against all enemies, foreign and domestic. It appears that was wishful thinking.