Chris Hedges Has a Point 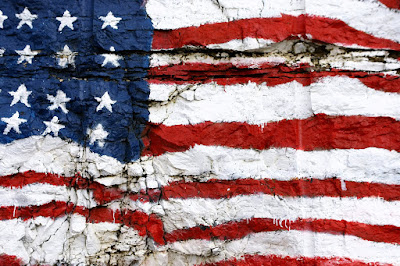 I recently sent an email to a liberal friend in West Virginia.  I referenced Thomas Jefferson's writings on rebellion and asked whether a stacked judiciary, a shamelessly "bought and paid for" Congress, and a criminal presidency, didn't meet the conditions that Jefferson argued justified revolution.


“The tree of liberty must be refreshed from time to time with the blood of patriots and tyrants. It is its natural manure”

I asked her if America had not reached the levels of corruption and tyranny of which Jefferson wrote? If not, how? If so, why are the people not rising up in defence of their cherished Constitution?

The truth can often be ugly. I'm a reader of Chris Hedges although, in the past couple of years, I have sometimes found his views a bit extreme with a resort to hyperbole. This passage from his latest op-ed, however, is on the money:


If what happens in courtrooms across the country to poor people of color is justice, what is happening in the Senate is a trial. If the blood-drenched debacles and endless quagmires in the Middle East are victories in the war on terror, our military is the greatest on earth. If the wholesale government surveillance of the public, the revoking of due process and having the world’s largest prison population are liberty, we are the land of the free. If the president, an inept, vulgar and corrupt con artist, is the leader of the free world, we are a beacon for democracy and our enemies hate us for our values. If Jesus came to make us rich, bless the annihilation of Muslims by our war machine and condemn homosexuality and abortion, we are a Christian nation. If formalizing an apartheid state in Israel is a peace plan, we are an honest international mediator. If a meritocracy means that three American men have more wealth than the bottom 50% of the U.S. population, we are the land of opportunity. If the torture of kidnapped victims in black sites and the ripping of children from their parents’ arms and their detention in fetid, overcrowded warehouses, along with the gunning down of unarmed citizens by militarized police in the streets of our urban communities, are the rule of law, we are an exemplar of human rights.

The retreat into illusion.


The rhetoric we use to describe ourselves is so disconnected from reality that it has induced collective schizophrenia. America, as it is discussed in public forums by politicians, academics and the media, is a fantasy, a Disneyfied world of make-believe. The worse it gets, the more we retreat into illusions. The longer we fail to name and confront our physical and moral decay, the more demagogues who peddle illusions and fantasies become empowered. Those who acknowledge the truth—beginning with the stark fact that we are no longer a democracy—wander like ghosts around the edges of society, reviled as enemies of hope. The mania for hope works as an anesthetic.


The embrace of collective self-delusion marks the death spasms of all civilizations. We are in the terminal stage. We no longer know who we are, what we have become or how those on the outside see us. It is easier, in the short term, to retreat inward, to celebrate nonexistent virtues and strengths and wallow in sentimentality and a false optimism. But in the end, this retreat, peddled by the hope industry, guarantees not only despotism but, given the climate emergency, extinction.

This is no time for moralizing or airs of superiority or schadenfreude. The collapse of America's democracy is a contagion. That much is manifest in the spread of illiberal democracy, totalitarianism-lite, and the rise of radical rightwing movements spewing fear, hatred, racism and every other form of bigotry and xenophobia around the world.
Posted by The Mound of Sound at 8:52 AM

I agree that Hedges is a bit hard to take at times, Mound; however, this stinging excoriation of a perhaps once-great nation is accurate beyond debate. Yet for all of the words written about Trump, nothing can or will change unless the American people as a whole can understand how far they have fallen.
It's a pity they cannot see themselves as most of the world sees them today: full of sound and fury with a metastatic malice and an arrogant self-extolment that knows no limits.

It is brutally painful to watch, Lorne. And it is a contagion, one that I fear could destabilize the world. Dangerous times.

"The people who own the country ought to govern it."

Maybe they're just getting back to where they started from. Damn the "factions" and those Roosevelts and while you're at it you can damn Bernie too.

Hedges has been accurate for some time. I remember reading 'American Fascists' nearly two decades ago and he nailed it then as well.
The only good news is that his dire predictions, as they see the light of reality, have at least been slow to do so.

Unfortunately, I think the time-frame is now accerlerating and the rulers are digging in, building war shelters and finding ways to protect themselves before it all comes down.

As democracy dies, the next phase will be some kind of 'big take', where even more is taken from the hands of the many and diverted to the few that call the shots.