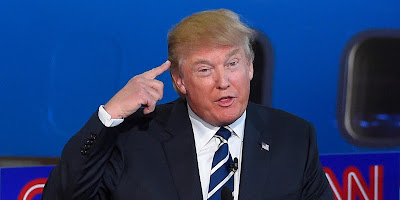 Even Trump's loyal handmaiden thinks the president goes too far by meddling in the administration of justice. A.G. Bill Barr recently complained that Trump's incessant tweets, weighing in on cases before the courts, makes Barr's job "impossible."

Trump's response? So what.

“This doesn’t mean that I do not have, as President, the legal right to do so, I do, but I have so far chosen not to!” he said.

Though he and Mr. Barr both said the president has not directly asked for any specific inquiries, Mr. Trump has long pressured law enforcement officials both publicly and privately to open investigations into political rivals and to drop inquiries. Mr. Trump also pressed former Attorney General Jeff Sessions to retake control of the Russia investigation after he recused himself.

He's "chosen not to" meddle? Only in his bizarre little mind.


His claim in Friday’s tweet that he has “so far chosen” not to interfere in criminal cases is contradicted by a record of his actions during the his three years in office.

Robert S. Mueller III, the special counsel in the Russian election interference inquiry, documented numerous instances in which the president sought to obstruct justice as federal investigators examined the activities of Mr. Trump’s White House advisers and former campaign aides. In his final report, Mr. Mueller said that Justice Department rules did not allow sitting presidents to be indicted.

Rachel Maddox show this evening, Valentine's Day, had a very nice report on all of that as she out lined how Trump via Barr is interfering in the American justice system. Barr has now installed his own team of prosecutors to review the work of the regular prosecutors to ensure Trump's friends get a pass and his enemies are prosecuted or at least have their lives made miserable. Trump wanted McCabe prosecuted. Finally a judge today said enough. The prosecutors have taken the file to a grand jury several times and each time they have refused to indite Each time to make Trump happy the Justice dept. prosecutors asked for an extension. this time the Judge said enough. No case here.

The American justice system is now on life support if not dead. its being controlled by a President and A.G. who use it to further Trump's personal agenda. He wont' be satisfied until he has all his enemies in jail and all his dirt bag friends out.

“I’m not going to be bullied or influenced by anybody.”

"Do you go forward with what you think is the right decision, or do you pull back because of the tweet? And that just sort of illustrates how disruptive these tweets can be."

“It’s time to stop the tweeting about Department of Justice criminal cases.”

They couldn't even bother to get out the expensive ones for this pillow fight. These ones are filled with foam.