Another War in Iraq? 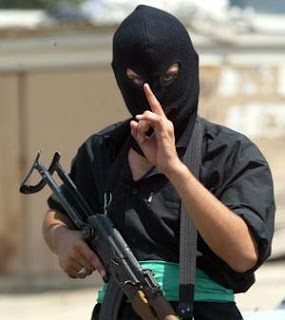 The world is abuzz with rumours of impending war between Iraqi Kurds and Arabs. The International Crisis Group has come forward with a suggested settlement that would see the Kurds suspend their claims on Kirkuk for a decade in exchange for exclusive rights to the oil reserves in their region.

The New York Times reports that American commanders fear that a mission now underway in Mosul, "could degenerate into a larger battleground over the fragile Iraqi state itself."

"The problems are old but risk spilling out violently here and now. The central government in Baghdad has sent troops to quell the insurgency here, while also aiming at what it sees as a central obstacle to both nationhood and its own power: the semiautonomous Kurdish region in the north and the Kurds’ larger ambitions to expand areas under their control.

"The Shiite-led government of Prime Minister Nouri al Maliki is squeezing out Kurdish units of the Iraqi Army from Mosul, sending the national police and army from Baghdad and trying to forge alliances with Sunni Arab hard-liners in the province, who have deep-seated feuds with the Kurdistan Regional Government led by Massound Barzani."

It's hard to imagine how the US military would react if it had to get involved. It's notionally obliged to support the government, that would be Maliki's Arabs, but Washington's closest allies in Iraq are the Kurds.

The real thorn in Maliki's side is the city of Kirkuk and the oil-riches in its vicinity. The Kurds are claiming Kirkuk as part of their territory. Referenda to settle the issue have been scheduled and postponed at least twice.

The seeds of Arab/Kurd unrest were sown in the constitution of the Kurdish Autonomous Region written with the assistance of American foreign service expert, Peter Galbraith, back when Saddam was in charge. In the wake of Saddam's removal, the Kurds threw their constitution in the face of the provisional administration of Bremer as a "done deal." Eventually the Kurds succeeded in forcing Baghdad to incorporate the Kurdish constitution into the Iraqi constitution. There it's been sitting, a ticking time bomb, ever since.

The International Crisis Group warns, "The most likely alternative to an agreement is a new outbreak of violent strife over unsettled claims in a fragmented polity governed by chaos and fear."

For those either so ill-informed, unaware or completely gullible - your surge really didn't bring peace to Iraq. No, it didn't settle anything, nothing. There was just a temporary lull in the mayhem as the parties went on about their business and prepared for what they saw coming. That goes for Maliki and his Badr Organization, Sadr and his Mahdi Army, the Sunni and their insurgent militias, the Kurds and their Peshmerga. It took a pretty infantile outlook on Iraq to believe that the Bush surge had accomplished anything.

I think it was Joe Biden who endorsed a "3-state" solution for Iraq and was mocked for it by John "Victory" McCain. In fact, if you understand the issue of the Kurdish constitution and its major, unresolved inconsistencies with the Iraqi constitution, the 3-state solution is actually the default option. Just don't tell the Old Geezer, it would break his heart.
Posted by The Mound of Sound at 7:49 AM

Yeah, you're probably right. The vulgarity was pretty rich so I tossed the filth.