The Ghost of Judy LaMarsh 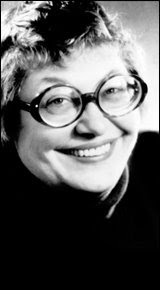 Don't get me wrong, I liked Judy LaMarsh. There was a lot about her to like, even admire. Yet if Judy had gotten her way, Pierre Trudeau would never have won the leadership of the Liberal Party.

Judy, you see, supported Paul Hellyer and, to her, Trudeau was an outsider who hadn't paid his dues. At the 1968 Liberal leadership convention, LaMarsh urged Hellyer to throw his support to Robert Winters, telling Hellyer, "Don't let that bastard win it, Paul - he isn't even a Liberal."

Judy's remark was picked up be a nearby CBC microphone. "That bastard" won the leadership and Judy's political career was abruptly over.

Judy's problem, like all the Judys in today's LPC, is that she couldn't see just how much an "outsider" had to offer the party and just how badly that party needed that sort of fresh blood.

We don't need more Judys to salvage today's LPC. What we need are a few Keith Daveys. This brief summary from the Canadian Encyclopedia gives you a fair idea of just who this man was, what he meant to the Liberal Party in his day and why we're so badly in need of another of his kind, not another Judy, today: 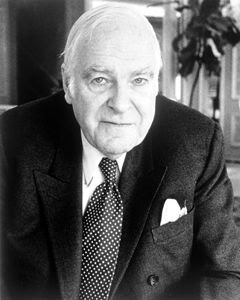 Keith Davey, politician (b at Toronto 21 Apr 1926). After graduating from University of Toronto's Victoria College, Davey worked in radio and held a number of positions in the Toronto-area Liberal Party. After Liberal defeats in the 1957 and 1958 general elections, Davey organized a small group, known as "Cell 13," to rejuvenate the party in Ontario. In 1961 Davey became the Liberal's national campaign director and helped to devise the strategy that defeated the Conservatives in 1963. His advice was less successful in 1965, when the Liberals sought a parliamentary majority.
Made a senator by Prime Minister PEARSON in 1966, Davey chaired a Senate investigation of Canadian mass media. Following the Liberal Party's near defeat in 1972, Davey was summoned by PMTRUDEAU to guide the party's electoral fortunes and was rewarded by a successful election in 1974. Although the Liberals were defeated in 1979, Davey returned the Liberals to power in 1980 as their national campaign cochairman and was brought back in midcampaign to try to revitalize John TURNER's flagging campaign in 1984. The experience was not a happy one, and in 1986 Davey took his doubts about Turner's leadership to the public in a book, The Rainmaker.
Posted by The Mound of Sound at 10:26 AM

The pundits are already talking of another Trudeau in the future of the LPC.
The last liberal PM that was an honest upright citizen was Lester Pearson.
The choices to replace Dion are a couple of failed NDP Premiers another Professor and a couple of lawyers . . .
For the forseable future Harper has a virtual majority . . . cause the LPC neither want, nor can afford another election!!!

What I take away from this post--perhaps I misinterpret--is: the outsider is already in; don't ditch him now. He is not a party insider, not a typical politician.

Stephane Dion has sterling qualities that are sellable if Canadians can be shown the characteristics many Liberal blogsters are commending today. Of course, it is possible that the electorate does not want a leader who is honest, intelligent, dignified and passionately patriotic.

But it would help if the entire party got behind the leader and defended him against attacks. When he says "We Liberals", it must mean all Liberals, top to bottom. That also means Dion must compromise by taking advise from worthy strategists and incorporating it in ways that are unique to him.

Liberal electoral problems going forward extend far beyond the leader and will not disappear with a different face on the lawn signs. The party needs building; fundraising, organizational and policy development structures are broken.

The party that many Canadians looked to for protection, leadership and inspiration needs an immediate expenditure of intellectual, strategic and monetary capital. It just doesn't need to spend it on a leadership race that will ensure further loss of ground.

Dion is a good, valiant man willing to serve his country as a Liberal. He can help Canada, whether as leader or in some other role.

Don't throw him away casually.

Mr. Dion can certain boast a coterie of diehard loyalists. Unfortunately they all voted for him yesterday and it wasn't nearly enough. For all of his many qualities, he's bereft of charisma and the ability to inspire much support beyond the ranks of LPC members. The message in the losses from yesterday can't be ignored.

I agree that he could certainly help the party - in another role, just not as leader. There he's a proven handicap.