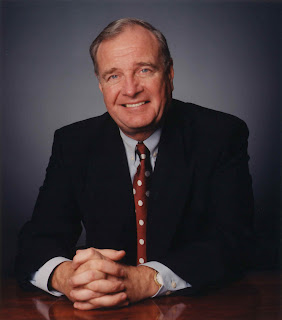 In my opinion, Jean Chretien was never as great a leader as many now perceive him. In my opinion, Paul Martin was a far better leader than many considered him then or now.

In my opinion, Paul Martin was handed a poison pill by the Chretien administration in the form of the sponsorship scandal. That skulduggery happened on Chretien's watch while Paul Martin sat purged in backbench exile.

A lot of folks claim that Martin must've known about it. He didn't. How do I know? Because if he had known about it he'd have been all over Chretien with it like a Newfie on a Harp seal, beating the living bejeebus out of him over it.

Curiously enough, Paul Martin seems to think the same as I do. In his new book Hell and High Water, Martin takes aim squarely at Chretien. From the Toronto Star:

In a chapter devoted to the sponsorship scandal, he takes angry aim at Chrétien, his political nemesis, for leaving him saddled with a damning auditor's report into questionable government funding in Quebec.
"I was mad at Jean Chrétien for having left me this time bomb," Martin writes. "It drove me crazy that I had to deal with this leftover mess when there were so many more important issues I had come into government to confront."

Martin repeats his assertion that he was in the dark about the sponsorship program [an often overlooked conclusion of the Gomery Commission as well]. But he conceded that the revelations of kickbacks to party backers in Quebec fuelled a political firestorm.

"We did not win the communications battle over sponsorship in the end. I don't know whether it was winnable," he said.

He said the resulting controversy revived the separatist parties in Quebec, boosted the sagging fortunes of the NDP and "lubricated the unity of the right."

Martin also critiques Harper for his "pinched vision" of Canada.

Anyway, that's my opinion.
Posted by The Mound of Sound at 10:58 AM

I have owned and run my own business since 1982...I cant tell you how excited and hopefull I was to see Paul Martin as PM...and how disappointed I was to watch how Liberals and JC held him down and drove the bus over him...forget about Dion...the best PM Canada never had was Paul Martin...and dont forget...the new Liberal saviour Warren Kinsella had a big part in that. billg

A lot of selective memories come into play at the mention of Paul Martin and Jean Chretien. It's easy to forget that JC's success was greatly helped by a fatally divided right, Mulroney's making, not Mr. Chretien. Martin's role in leading Canada back from the financial abyss is also too often overlooked.

I think Paul Martin was the most acceptable LPC leader to Westerners since the early Trudeau days. There was a lot of enthusiasm for Martin out this way and, had he not been cut down by Chretien's sponsorship scandal, I believe Martin could have done a lot to revive Liberal fortunes throughout the West.

The days when the LPC could afford to ignore Western Canada are over. Eastern parochialism isn't going to be "good enough" if this party is to recover.

The mound of sound makes an excellent point. Any new Liberal leader must be able to not only talk the talk but be willing to walk the walk. Past leaders have talked nicely to and about the west but, during campaigns when most people are listening, launched vicious attacks at the west to shore up support in Toronto and east. Martin did this in spades -- remember his attacks on Alberta and BC over health care? Dion crafted an entire election policy designed to suck billions from the western based oil economy. Liberals lost the trust and respect of the majority of voters west of Toronto - it will take an honest effort to win them back - they must be willing to listen and adopt policies favourable to the west. They must stop listening to CBC and the Star, which reflect one single world view, and listen honestly to what people west of the Toronto city limits are saying; listen to their aspirations and their world view. Failure to do so will keep the Liberal party a one city wonder.

Sorry, but Paul Martin and his economic architecture based on neoliberal orthodoxy is the underpinning of the collapse of economic globalization: deregulation, privatization and eventual taxcuts, along with massive cuts in transfers to provinces, and social programs, and trade deals that protect capital and not people.
Or hadn't you noticed what is going on outside of the liberal bubble. Martin was just another neoliberal, and one who ensured his shipping lines flew under a foreign flag so he could avoid Canadian taxation and paying Canadian wages. He was never Captain Canada - which is why he lost - the emperor had no clothes.

Jan,I know it's Saturday night but you really must stop smoking that stuff.

MOS.....you just cannot be one sided. Janfromthebruce is quite right. That's the problem with some people within the Liberal Party....they cannot admit to the unethical practices of Canadian Prime Ministers. Martin avoided paying Canadian taxes. A. Morris

I'm inclined to agree with you but Jan isn't entirely off the mark either. She, of course, has the benefit of ideological puritanism that comes from being in a position that will never hold power and therefore is untainted and cannot be compromised.

I grow weary of the sanctimony of the NDP. Having seen them in power here in B.C., they'e no great shakes when push comes to shove in reality.

So back to Paul Martin... a well-intentioned man with the best aims in mind, I believe that deserved a proper crack at the bat in 2006 to prove his mettle, but was dragged down by the grubby, sordid legacy of Chrétien, a victim of circumstance to a degree, and an unfortunate tendency of wanting to be "all things to all people" (hence the "Mr. Dithers" sobriquet).

Oh well. Such is life.

janfromthebruce said... you are so wrong. Paul Martin's shipping company IS registered in Canada and DOES pay income tax to Canada. (look it up) Which leaves your credibility in shambles. But like Goebbel's premise that if you tell a big enough lie and repeat it often enough, people will believe it, Harpers CONS repeat the same lies over and over. Seems like a brain-washing thing. Pathetic.

Doorknocking and driving people to the polls, I still found many who liked Paul martin. People - besides the pie-in-the-sky socialists who conveniently live in a bubble -- had a lot of time for PMPM. He made some mistakes but the two biggest things that hurt him were not of his doing - the sponsorship scandal and the income trust investigation setup. Zaccardelli's bank account should be traced.

Public office
In November 1993, the newly re-elected Paul Martin was appointed to the cabinet and named Minister of Finance. On February 1, 1994 Martin placed his shares in CSL Group Inc. under a "Supervisory Agreement" to be managed by lawyers and financial advisers, although he would be allowed to intervene in company decision-making should events warrant.

In June 2002, Martin was dismissed from the cabinet as Minister of Finance and subsequently pursued a bid for leadership of the Liberal Party of Canada. On March 11, 2003 Martin bowed to public and media pressure on his interest in CSL Group Inc. and announced that he would sell his interests in the company to his three sons, saying that his ownership would "provide an unnecessary distraction during the leadership race."

On December 12, 2003 Martin became the Prime Minister of Canada. On January 28, 2004 the federal government, in response to opposition party and media enquiries, revealed that CSL Group Inc. had received $162 million in federal government contracts, grants and loans since Paul Martin became Minister of Finance in 1993. Earlier figures released in 2003 had suggested CSL Group Inc. had only earned $137,000 during this time period.

Throughout the 1990s, CSL Group Inc. oversaw the reflagging of several former Canadian-registered vessels which were placed under the shipping registries of nations commonly referred to as flags of convenience, where safety and labour laws were relaxed to be more business-friendly. This was often criticized by Martin's political opponents.[3]

It isn't difficult to understand where the idea of tax evasion comes from...now does it! A. Morris