I've Never Seen So Many Holding Their Breath 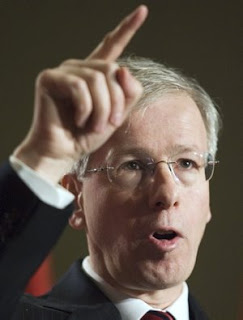 It's the same story on both Liblogs and Progressive Bloggers - virtual silence. According to CBC, Lord Vader is still confined safely on the DeathStar, closer certainly but still no majority cigar. Maybe this time he'll face a responsible, co-operative opposition that is willing to act as though it had a pair. That, after all, is the only remedy for the playground bully.

Stephane Dion failed to meet the one challenge that faced him - doing at least as well as his predecessor, Paul Martin. In fact, the Dion Libs took a drubbing as though that should come as a surprise to anyone.

As far as I can tell just now, the only real losers tonight were the Libs under Stephane Dion. Is it any wonder?

If Stephen Harper is going to be run out of Dodge, it's going to take a Liberal leadership change and the sooner the better. I bit my tongue during the campaign but that's over now. There is a type of individual suited to leading the Liberal party. Mr. Dion is not of that standard. If he has any integrity he'll step down. If he doesn't, we need to show him the door.
Posted by The Mound of Sound at 8:06 PM

Email ThisBlogThis!Share to TwitterShare to FacebookShare to Pinterest
Labels: Dion

Since when has any leader of a party stepped down for the good of the country. Dion needs the boot and the sooner the better. Perhaps people will take a long hard look at who they put in his place with no "by gosh and by golloy" attitudes!! Now, we have to put up with more years of undipolmatic deplomacy. Morris

I'm kind of with you, except that I'm concerned we'll do worse. Gerard Kennedy would be a disaster. Justin Trudeau is too young and inexperienced. Ignatieff... I'm just not sure. And would we have to go through another painfully long leadership process followed by an undemocratic convention? I just have no stomach for it.

The Grit popular vote now is about the same or worse than 1984 levels. Only in the 1958 election did the party do worse.

If not for the 416 and Montreal Island, this will be a disaster.

Dion doing worse than John Turner. He also had two years to prepare for this result.

Redman going down is a shocker in Kitchener, as she is Chief Whip. Not sure if Dion deserves to survive this.

Wednesday morning Dion will be back in the land of fairies, lollipops and unicorns, staring out the window with a blank look on his face while mumbling something that only he can hear.