Sticking It To The Poor - Again 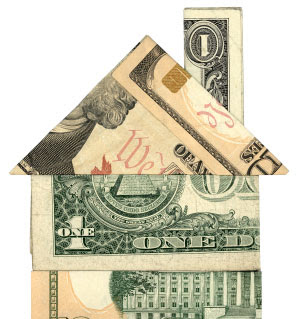 If America's rightwing vermin have learned anything during the Era of Reagan, it's how to deflect responsibility for their own greed and manic indulgence.

Now that America's richest of the rich have sent Wall Street collapsing under the weight of their boundless avarice they need someone to blame, someone, right now. And who better to blame than the poor.

Here's the narrative that I've heard oozing out from different corners of the uber-right recently. It's all the poor folks fault. They took advantage of a government programme, the Community Reinvestment Act, to wrangle subprime mortgages out of reluctant lenders. The poor are, in other words, not merely the victims of their own misfortune but the authors of everyone else's misery.

As the Boston Globe explains, the programme the real bandits are trying to hide behind had nothing to do with the US meltdown:

The law applies specifically to commercial banks, which in recent months have been the least volatile part of the financial-services industry. The measure was passed in 1977 to combat redlining, the practice of banks refusing to write mortgages in poor neighborhoods - even when they were taking deposits from residents of those neighborhoods.
To meet Community Reinvestment Act requirements, banks do make loans to low-income homebuyers - often in concert with community groups that provide financial advice and other crucial training. ... One key initiative of this sort, the state's SoftSecond mortgage program, has a delinquency rate of 1.8 percent - compared with about 5 percent for all mortgages in Massachusetts.

The subprime mortgages that have failed left and right are the antithesis of the carefully designed, well-supervised loans provided by tightly regulated banks. No law forced a mob of unregulated lenders to make loans in poor neighborhoods. Rather, mortgage companies and Wall Street financiers saw a business opportunity in subprime lending, where the risk of default was high but so were the interest rates.

Never mind that subprime mortgages were once considered as disreputable a business as check-cashing stores and payday loans; big-time investors took a keen interest once the potential rewards became clear. When financial firms began buying up and bundling mortgages, redividing them into securities, and selling them off, individual brokers had no incentive to make sure any given mortgage would be sustainable if housing prices fell.

In ...many of today's mortgage horror stories, the lender wasn't a traditional bank. According to Callahan, 98.4 percent of the subprime mortgages in Massachusetts in 2006 were made by lenders whose operations in the state are not subject to the Community Reinvestment Act.

The subsequent meltdown of the nation's entire financial system could not have happened without a huge - and entirely voluntary - inflow of money from Wall Street into a sketchy sector of the mortgage market. Nobody forced investment firms to wager billions of dollars directly on these loans, or to build an elaborate web of complex financial transactions dependent upon their continued performance. But they did.

The recent animosity over the Community Reinvestment Act, in short, simply can't be explained by the facts. Among the law's critics, there's more than a whiff of social Darwinism - the certainty that only a government policy aimed at helping losers could lead the whiz kids of Wall Street so far astray. Hogwash. The current financial crisis grows out of loose regulation that gave big investors plenty of freedom to make foolish bets, and then force their losses upon the taxpayers."

So, there's no basis, none whatsoever, for blaming the meltdown on the poor exploiting a government benefit programme. The blame lies entirely at the top of the heap, not the bottom. So what? In a nation where some 10% believe Barack Obama is a Muslim, this lie will find traction and spread. In a nation that reveres abject ignorance, even in its executive branch (Hi Sarah), this ugly little narrative is a magical bundle of absolution for those who deserve approbation and the enormous comfort these types always get from scapegoating.
Posted by The Mound of Sound at 7:04 AM

Bloody hell! I'm so sick of the twisted, perverted right wing view on everything. Their self-preservation is all that matters to them. Let's hope this lie does NOT take off.

This chicanery has been going on since the impeachment of Nixon. Back then the American right was blaming the loss of Vietnam on the Democrats. Nixon, of course, was so overwhelmed by the impeachment process that he completely neglected Vietnam allowing the North's tanks to drive straight into Saigon.
Now, however, you have a very powerful rightwing media - Fox, NewsMax, the open mouth radio gang - who don't hesitate to peddle the most outrageous lies. They're matched up with the most gullible electorate I've ever seen.
Mob rule. The trouble is that mob rule always, and I mean always, ends badly.