It Only Took 161-Years. The Chicago Trib Endorses Obama! 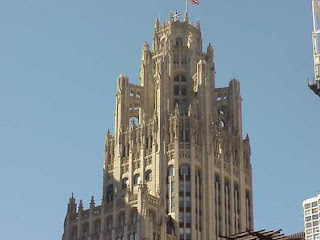 When you're a Republican and you can't score the Chicago Tribune's endorsement, you're doing something very, very wrong.

Bad enough that John McCain gets turned into Grade A, Horse's Ass meat on the Letterman show, now it's this. And he's lost the LA Times and the Chicago Sun (circa 1844) endorsement to boot as they too have come out for Obama. The Los Angeles Times, apparently, hasn't endorsed a candidate from either side since Christ was a corporal.

To have the ChiTown Tribune turn on you is unequivocal proof that you've committed Republican apostasy. Once you've lost mainstream, conservative newspapers all you're left with are the rabid degenos like NewsMax and FoxNews and the open mouth hate mongers, the Hannityh-Limbaugh lowlife. I'm sure that wouldn't bother Sarah Palin but it has to hurt a guy like McCain with his very patrician Republican roots going back more than three generations.

Somewhere inside John McCain this has to be gnawing away as he watches his most prized possession, his notional integrity, steadily washed away.
Posted by The Mound of Sound at 6:34 PM