I Should Go Away More Often 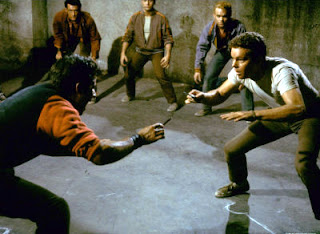 It's pleasant having a few days off, in this case for a daughter's wedding.  Let's put it another way - no news is good news, at least every now and then.

This morning I hit up CBC's web site to learn that they figure the election is now a two way knife fight. They're calling the runoff Trudeau versus Harper. Mulcair, it seems, is being written off.

The Conservative and Liberal battleground is well known — the Greater Toronto Area and Lower Mainland of B.C., Lietaer said, and both parties "will be throwing everything they've got" into those two areas, trying to drive home their message to Canadians.

"I expect there to be a very clear choice presented by both the Liberals and the Conservatives over the next two weeks about what the various options are. At the very end of this, there's very likely to be either Prime Minister Stephen Harper or Prime Minister Justin Trudeau. And I think both of them won't shy away from, in their own way, presenting that choice."

Much as I hate to give unsolicited advice to New Dems maybe,  just maybe, this is the time for Mr. Mulcair to decide whether he really wants Harper to be prime minister again.

I suspect many of us will be "taking a few days off" in a couple of weeks, the question is will we be doing so from relief, disgust, or waiting for the other shoe to drop!

I have attended 5 all candidates debates in my riding. The Conservative cabinet minister has attended 3 of those. He has not mentioned Harper's name once. Not once.

He's attacked the Liberals relentlessly, but it is Ontario's Liberal Premier Wynne he's attacked. And Pierre Elliott Trudeau! He doesn't seem to know what jurisdiction he's in let alone what century.

@ Rural - yes I think we'll all be in need of R&R to combat electoral stupor by the time this is over.

@ p2p - it sounds like you're in one of those ridings in which Tories will vote for anyone regardless of their mental acuity.

"The Mound of Sound said...
@ p2p - it sounds like you're in one of those ridings in which Tories will vote for anyone regardless of their mental acuity."


"One" of those ridings?

Isn't it all of them?

Don't leave me in suspense--maybe, just maybe, what are you calling on Mulcair to do? Exactly what enrages you so much when people call on Greens to do it?

I wouldn't want to leave you in suspense, PLG. What would I like Mulcair to do? Easy, do what every opposition leader should be doing in this critical election. I'd like him to put his efforts into defeating Harper, not Trudeau. That shouldn't be too hard to understand. The NDP attacking the Libs is just giving Harper a leg up, again.

Green is the new White!
Green washing by the NDP to buy social license for fossil fuels.
(My right-center brother in law saw this as the big upside of the recent Alberta election.)

Hey, NPoV. Thanks for the link. Annis' essay should be mandatory reading for all British Columbians before they vote.

I wouldn't be the least bit surprised to find Mulcair more willing to support a Harper minority than a Trudeau minority.

I also wouldn't be surprised to see him turfed from the leadership, the party, this dimension and declared to be a demon should he attempt to do so.

It's interesting to see how the NDP "true believers" are beginning to stir, perhaps emboldened by Corbyn's reclaiming of Britain's Labour Party. At this fateful moment for Canada's future I would be delighted to see a true NDP renaissance.

Pardon my lateness, but I offer my felicitations on the event of your daughter's wedding.

Hi, Karen. That's awfully kind of you. Thank you. I'm not sure I wasn't the most nervous one at the wedding but it was just perfect. Happiness and relief! Joy.

Anyong said: That is so...an earned rest indeed after this election. But it is necessary to say, many Canadians look south to learn how American politicians and their authorities sow paranoia and discord in their citizens regarding religion and ethnic groups. We think we are superior to they. Why, Canadians don't act in such a manner as does Donald Trump, threatening to send every Mexican and Expats back across the boarder and to other countries. Most Canadians will not be able to that anymore. With the advent of a tip hotline allowing Canadians to report "Barbaric Cultural Practices" to our Authorities, we won't have a leg to stand on. Conservatives and the Bloc Quebecois have stoked anti-Muslim reaction in Canada. This does nothing but play upon 'fear' in an effort to rise in the polls. Imagine having the nerve to entice your neighbour to 'tip' upon another simply because a neighbour doesn't like another. Mr. Harper is appealing to bigots, racists and radicals among us. What a downright despicable behaviour in garnering votes. Just goes to show Mr. Harper is in this game for himself and not for the good of Canadians nor Canada. This along with the rest of the negatives including suppressing information, all of it is an attempt to "dumb down" Canadians which seems to be working if CBC reporting this morning is correct. Conservatives and Liberals are neck and neck. Every Canadian needs to ask, "Do we want another four years of increased fascist rule"?

Anyong. I forgot to say...Congratulations on your daughter's lovely wedding.

Anyong said: PoV you are quite correct. Notley doesn't know anything about B.C. and its environment. She is proving herself to be of many Albertans mind. For example, how many Albertans know trees produce oxygen? I'm game to say "100".

Thanks, Anyong. It was a delightful wedding.