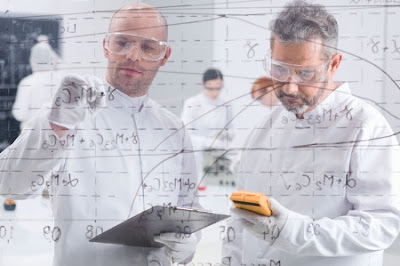 Monday was a great day for science in Canada. The siege was lifted. Evidence-based thought was freed of its shackles. The Guardian celebrates Canada's return to rational thought.

The issue that received the most attention was the so-called “muzzling” of government scientists. This week, Liberal MP Marc Garneau said that these restrictions would be eliminated “right away.”

...“We’ll reverse the $40 million cut that Harper made to our federal ocean science and monitoring programs,” said Liberal leader Justin Trudeau at a September campaign stop. “The war on science ends with the liberal government.” In tweet after tweet aftertweet, opposition candidates argued that they were best positioned to defend scientific integrity.

Now that it’s been elected with a healthy majority, the Liberal Party says it will make data openly available, unmuzzle scientists, bring back the long form census, appoint a chief science officer, and make the agency Statistics Canada fully independent.

Of course, more is required to make this agenda complete. Fortunately, Canada now has a Scientific Integrity Project, which has put a lot of thought into these issues, and the new government would be wise to consult them.

Appointing a science adviser and removing speech restrictions should be pretty straightforward. Cultural change will come more slowly. And there’s not a moment to lose. “To maintain the status quo would be to leave the festering wound to rot, leaving no option but to cut off the limb,” says freshwater ecologistMichael Rennie of Ontario’s Lakehead University. He calls for immediate reinvestment in government-based research, as well as the scrapping of bureaucratic rules that make it difficult for departments to hire scientists and for scientists to travel to scientific conferences.

In the context of science, evidence-based decision making, even rational thought, Harper was Canada's Khmer Rouge. It was this, more than anything else, that fueled a fierce public opposition that the rightwing media and even some fair weather Liberals derided as "Harper Derangement Syndrome." Yes, we were deranged, not Shifty Steve and the denizens of his 'faith based' edifice.
Posted by The Mound of Sound at 8:24 AM

One of the chapters I completed in Party of One talked about the relentless Harper attacks on knowledge, Mound. The part dealing with efforts to end the Great Lakes Experimental Area, since rescued by Ontario and Manitoba, was especially chilling, given that the scientists there were doing research that no one else in the world was conducting. Harper justified its attempt to kill it as part of 'austerity' measures, but the bald truth of the matter is that the annual cost was only $2 million, an incredible bargain for Canada and the rest of the world.

Here's to the elevation of knowledge over ideological blindness!

Mound, this may be the greatest travesty of the Harper "regime" and it will be heartening to see the reversal of knowledge destruction and suppression. What I am concerned about is the damage Harper has likely down to programs and personnel. As you know, destruction is relatively easy and can be accomplished rapidly. Developing and building programs takes planning, time and effort. The loss of one or two key people or the destruction of employee trust and moral can be very challenging to reverse. We still have much to learn about the state of the books and the physical and personnel assets of our country, post Harper!! Time will tell.

@ Lorne - yet scribes like den Tandt ridicule Harper's critics as 'deranged.' It's not the Canadian people who were off kilter, it was the media. They reported this stuff and then ignored it ever after.

@ ATRQ - Yes, Harper has left a lot of damage that is going to be costly and time-consuming to set right. He actually destroyed libraries, some of them containing unique, irreplaceable research data, studies and reports. That's the sort of thing that requires a particular and dark mindset.

Then he fired entire departments at Fisheries and Oceans on the west coast, lest they rat out his bitumen supertanker armadas.

If Harper touched it, it was corrupted. He even got 'his people' into command of the Coast Guard where they dutifully supported the dismantling of operations on our challenging coast.

This was one of the main reasons why I called Harper the Destroyer and Salter of the Scorched Earth, and it will be a much harder job rebuilding what he destroyed than it was for him to wipe it out. Some things have been lost forever, we can only hope that more was preserved from the research libraries by true believers in knowledge than is currently known because they were protecting it against this time coming. If not...*sigh*

Yes, that famous Harper Derangement Syndrome, an offshoot of the Bush Derangement Syndrome epidemic of 2000-2008. *rolls eyes* Harper got what he got because he did things like this to earn it, it is not deranged to be angered by a PM who thinks the entire Canadian government is his alone to do with as he pleases, that instead of being a custodian he sees himself as the sole owner and decider, nor to be infuriated by a PM who flatly believed that everyone existed to serve him at his pleasure alone and that he was never at fault in anything who ran the most occupant government in our history.

Scotian, I heard Kory Tenyke interviewed this afternoon about HIS take on the election and he brought up the possible effects of "Harper Derangement Syndrome" on the CPC vote. Truly unbelievable! These sociopathic toads are going to be a lot of fun to watch from afar, performing their post election evaluations. I bet there will be a host of insider stories to slowly leak out. Let us just never let them near governance again.

I read one eulogy written for, I believe, the Toronto Sun that praised Harper for withdrawing Canadian forces from Afghanistan. Talk about playing fast and loose with the facts. It was only because Harper was unable to extract any more political capital out of the dead and broken bodies of our soldiers that he shut down the Afghan mission.