Try to Look on the Bright Side 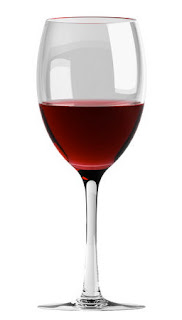 Think of it as one of those "glass half full" thingees.

I found this over at WikiPedia. Maybe it'll lift the sagging spirits of some of you New Dem party faithful.

Sure, Tom Mulcair led your party to the loss of 51-seats in the election yesterday.  But still the Mulcair NDP won 44-seats.

Now, do you realize that makes Mr. Mulcair the second most successful NDP leader in its history? 44-seats is one more than Ed Broadbent managed to win in the 1988 runoff.

So it's Layton in first place, Mulcair in second and Broadbent a very close third. Not so bad after all now is it?

Glass if full by height not volume.
Implications are ;-))...
A..non

Could have had a helluva lot more seats if the dough heads in the back room had run a decent campaign - Justin was far and away the better performer but a decent issues campaign and a hard attack on Harper while ignoring the Libs a lot less would have worked wonders.

@ anon - I just see a glass with room for a lot more wine.

@ Ben - you're probably right. post mortems are such dreary affairs.

"...ignoring the Libs a lot less..." would have meant attacking them even more.

Does this makes sense to you.

I think the glass should have orange cool aid instead of red wine.

Just a thought to make it more palpable.

I am trying to make myself feel that this post was not intended to be snide, but it's a losing battle.

@ PLG - a little scathing, yes, absolutely. Don't worry about me. Focus on reclaiming your party. This is a golden opportunity.

""...ignoring the Libs a lot less..." would have meant attacking them even more.

Does this makes sense to you."


This doesn't make sense. Ignore the Liberals, don't spend any money attacking them - Harper was the target. Let the Liberals decide who their target was, not let the NDP go all over the place.

@ Ben. I hope that, at last, the Layton-Mulcair era is over. It was an interesting but self-serving experiment that cost Canada dearly by empowering Harper. I've put up two posts today from old school New Dems, Michael Laxer and Gerald Caplan.

They both chronicle how NDP policy was always about destroying the Liberals instead of fighting Harper. They initiated the NDP's shift to the centre-right, abandoning progressivism and the left to Trudeau (who reversed his own party's centre-right drift under Ignatieff).

My NDP friend, PLG, is right. I don't like Mulcair. I don't like any leader who was willing to place possible partisan political advantage over the country and who effectively backstopped Harper by instead relentlessly attacking the Liberals.

New Democrats should find that disgusting - but they don't. The Liberals took the fight to Harper. You collaborated with him and that empowered Harper.

From Caplan: "Given that Mr. Harper has run one of the most destructive governments in modern Canadian history, why is Mr. Mulcair giving him almost a free ride while attacking Justin Trudeau at every turn? After all, when Mr. Trudeau talks about deficits, inequality, taxing the very rich, he’s talking NDP. And aren’t we going to have to work closely with him after October 19, to keep Mr. Harper out?

"The Trudeau government has its clear priorities, many of them embarrassingly more progressive than the NDP’s platform. The NDP caucus can hardly oppose any of them, but nor can it expect the Government to pay attention to NDP overtures. Why should they? To fight the dreaded Harperman, the Liberals, and specifically their leader, received nothing but abuse [from the NDP] during the campaign, often gratuitously personal and always strategically dubious. The Liberals will hardly be grateful for NDP advice about the right way to run Canada."

And, as Laxer wrote in his post-mortem:

The fact is, despite all the insults, Justin Trudeau proved a capable and even a remarkable leader. It turned out he had the very characteristics that over the course of a campaign the people wanted and that the pundits and the “strategists” running the NDP campaign misunderstood and lacked.

...Like moths to the flame they began from seeming positions of advantage and used those to justify right wing narratives as a path to power.

As if this was the UK in 1997 without any notion that Tony Blair was, in the end, a disaster.

Until New Democrats own up to what they allowed to be done to their party under Layton-Mulcair, they'll never live it down.

As a friend of mine, who has over fifty years in the trenches of NDP at all levels put it this morning in another post "I've had fifty years of being the bloody conscience for the Country, it's time we had a crack at the power" And as you know the power for the NDP only comes around so often as the political stars align. In August this was one of them. The NDP in its design of the campaign failed to capitalise. and we were slaughtered, as usual. The same people who lost in BC and ON were in charge here so what could we expect.

It was not a question of going to the centre, although that happened, it was a tactic to remain credible, after all what was more credible than Tommy Douglas never running a deficit. If the NDP had embraced the full Keynes, the Tories, and the Liberals would have made that the central issue - tax and spend!

So it was possible, if done correctly to go full bore on Harper and make him the target and offer the NDP as the alternative. BUT the backroom lost its balls sometime in early September and decided to have Mulcair appear to be the staid old PM and not rock the boat - have him look Prime Ministerial. Besides the ads stunk and were bland.

Problem was the Country didn't want staid old bearded Tom they wanted the Parliamentary fighter Mulcair taking Harper on at all poimts. It never happened. And instead of ignoring the Liberals they decided to make the Libs the enemy of the campaign. Problem was they were up against a well trained good looking drama teacher who knows how to motivate.

Hence the failure to make themselves the alternative.

So mound you and I wanted the same thing - the removal of Harper unfortunately in the stamped we lost good people.