Who's Spineless? Oh, I See, He's Talking About Our Government. 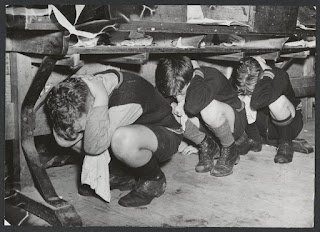 Arvay was in Ottawa today to address the Commons justice committee on blatant flaws in the Trudeau government's death with dignity legislation also known to the troglodyte community as the assisted suicide bill.

Mr. Arvay, a paraplegic himself, wheeled into the committee room to tell justice minister Jody Wilson-Raybould and her posse that what the government is proposing to dish up is unconstitutional. He said it falls well short of the Supreme Court's ruling in Carter v. R.

Arvay said the government has no right to limit assisted death only to those with advanced terminal disease.

“Parliament cannot now exclude a whole category of such persons — the physically disabled whose natural death is not reasonably foreseeable — from their charter right.”

“To suggest the bill is constitutional because the minister thinks there’s some people who believe it should only go this far is, in my respectful submission, is not legal reasoning and has no merit.

“The Carter decision is the final word on the minimum rights that Canadian citizens are entitled to and those minimum rights are not limited to illnesses that are terminal. (Wilson-Raybould is) just wrong, I’m sorry to say.”

Arvay said the Trudeau government has, "become captured by the rhetoric of the disabled rights organizations.”

“For many disabled people — and I’m one of them — we’ve managed to tolerate and adapt to our suffering and choose life over death. But to suggest that all physically disabled people have to subscribe to that notion is not just patronizing, it’s infantilizing,” he said.

“It’s treating all physically disabled people as children incapable of agency and autonomy and I just find that incredibly offensive. The trial judge did. The Supreme Court of Canada did. I don’t get why this government doesn’t understand that.”

The judgment is clear. The government is bound to follow it. That's called the "rule of law" and it is the cornerstone of democracy. Our government, no matter how well intentioned, is spineless, utterly feckless when it comes to tough issues.

Junior, like the guy he replaced, has a problem with the rule of law. Poor fellow, I think it makes him sad.
Posted by The Mound of Sound at 7:53 PM

Thanks for this. It expresses so well what I, a disabled person with a dread of a hopelessly, horrible, completely dependent life, need to express.
P Anon

Mound said, "Junior, like the guy he replaced, has a problem with the rule of law."

Agreed. Both when the law is politically inconvenient.

Harper pretended he was the smartest guy in the room. Trudeau pretends he is naive, maybe innocent. Neither is true.

"assisted suicide bill" Nothing wrong with calling a spade a spade, in my book, it is actually a preferable option.
The government action rightly excludes mental illness from the bill.
Paraplegic issue is the toughest. All other folks can buy themselves OTC medication, combine it with other OTC product, booze (and sleeping pills if available) and will wake up on the other side of Styx.
"Life is not fair, get used to it" was a mantra hanging in my doc's office. Societal restrictions are common place, not that I like them all...
A..non