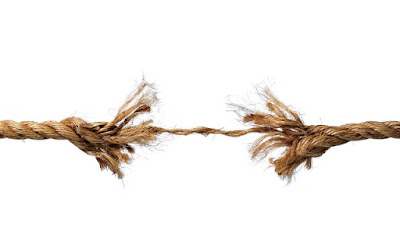 If nothing else, we're getting much closer. With Trump just three weeks away from the presidency it's a safe bet that 2017 will be tumultuous. Whether it will be the year of humanity's "tipping point" remains to be seen.

For more than a decade, great intellectuals, including Canada's John Ralston Saul and Thomas Homer Dixon, have prophesied the demise of the neoliberal order and its economic panzer division, globalism. If you haven't read them there's no time like the present to get caught up with Ralston Saul's, "The End of Globalism," and Homer-Dixon's "The Upside of Down."

In more recent years others, such as economist Nouriel Roubini, have been proclaiming that neoliberal capitalism is in a death spiral. Then came Thomas Piketty's "Capital in the Twenty-First Century." "The book's central thesis is that when the rate of return on capital (r) is greater than the rate of economic growth (g) over the long term, the result is concentration of wealth, and this unequal distribution of wealth causes social and economic instability."

The social and economic instability inflicted by neoliberal inequality was documented by two British epidemiologists, Wilkinson and Pickett, in their book "The Spirit Level." The lesson is that rampant inequality of the type spawned by neoliberalism creates widespread and deep-seated social dysfunction from which everyone, rich and poor alike, suffers.

The neoliberal era, ushered in by Thatcher, Reagan and Mulroney, was utter madness from the start.  Like any new ideology, this entirely faith-based model, took years to implement, especially its economic spearhead, globalism. Like most religions (except for your own of course) it was based on a garbled web of half-truths and outright lies which is why it needed such high-level political muscle to take hold.

I hope you have a NetFlix account. If you don't, find someone who does. Then watch former Python Terry Jones' excellent documentary, "Boom Bust Boom." It dissects the mental illness known as neoclassical economics that manifests in the pathology known as free market fundamentalism that in its late or advanced phase leads to globalism, inequality, austerity and other ills. As you watch the video you'll understand how a Born Again like Stephen Harper could so unquestioningly embrace neoclassical economics which left him absolutely incapable of seeing the crash of 2007-2008 coming. To him, and the many like him, the Great Recession was an impossibility. The most important thing is that you may see that our current leader, while not a highly-trained economist like the guy he replaced, is nonetheless still in its thrall.

In a nutshell, we're still in the neoliberal death spiral but now the cold, hard ground draws ever nearer. How can you tell? That much is obvious when the Titans of Davos along with the International Monetary Fund and the World Bank suddenly hit the panic button. They know it has failed and, like wildfire, it's drawing near to their gated community. They know it will take us all down if our leaders don't change course.

Only our leaders aren't about to change course. We've become accustomed to accepting leaders of astonishingly small intellectual stature. We accept people who are guided by faith even when it conflicts with evidence and knowledge - people like Harper or George w. Bush, the Neoconservative cabal, America's "bought and paid for" Congress and even our own political parties. This is a category of people who are simply bereft of vision; people who can't see the "EXIT" sign much less find the way forward. They cannot see the iceberg emerging from the fog and so, to them, it doesn't exist.

In Trump we'll have a "leader of the Free World" who is a devout adherent to the neoliberal firmament. If there was the slightest doubt that is conclusively erased by his chosen cabinet nominees.

Since 2013, Chris Hedges has proclaimed America to be in the unshakeable grip of a "pre-revolutionary state."

"...what you have in a pre-revolutionary society, which I think we're in, is a kind of invisible revolution, whereby the state, the ideology of the state, in this case capitalism, the fiction of American democracy, larger and larger numbers of people--and I think we are also seeing this across the political spectrum--wake up and understand the hollowness of the language that's used to describe their own economic, political, and social reality.

"...what happens in moments of breakdown is that people not only turn against an ineffectual liberal elite that is not able--that in essence--that has presided over political and economic paralysis, or certainly political paralysis, but they also jettison the values that elite purports to defend. And that's what's dangerous. And we're certainly barreling towards that kind of a crisis. I worry that we are not only weakened but unprepared."

Since Hedges wrote those words we have seen nationalist populism sweep across Europe - Hungary, Poland, Turkey, even Britain and France - and now the United States of America. It's easy to argue this is the outcome of visionless leadership unable to chart a new course to relieve the neoliberal strains on their societies which then succumb to opportunists eager and ready to exploit discontent.

Earlier this year Hedges wrote of how the western world is becoming "Mexicanized."

Constitutions are rewritten by judicial fiat in a mockery of democracy. Laws and regulations that impede corporate exploitation are abolished. Corporations orchestrate legally sanctioned tax boycotts. Free-trade deals destroy small farmers and businesses along with labor unions and government agencies designed to protect the public from contaminated air, water and food and from usurious creditors and lenders. The press is transformed into an echo chamber for the corporate elites. Wages stagnate or decline. Unemployment and underemployment soar. Social services are curtailed or abolished in the name of austerity. The political system becomes a charade. Dissent is criminalized. The ecocide by the fossil fuel industry accelerates. State enterprises and utilities are sold to corporations. The educational system mutates into vocational training. Culture and the arts are replaced by sexual commodification, banal entertainment and graphic depictions of violence. Infrastructures crumble.

...The corporate looting is impervious to regulation or reform. It will continue until there is nothing left to exploit or is halted by popular revolt. It is creating frustrated and enraged populations that are being seduced in the United States, Europe and elsewhere by demagogues and protofascists. “Fascism, like socialism,” the economist Karl Polanyi wrote, “was rooted in a market society that refused to function.” Left unchecked, the present system will usher in a dystopia ruled by criminal power structures, including Wall Street, and inflict tremendous suffering and poverty on societies rent apart by global warming as well as internecine and nihilistic violence. Mexico is not an anomaly. Mexico is the future.

While the roots of revolt date back to the Reagan era, Donald Trump and his cabinet cadre have a better than average chance of being the final catalyst of upheaval. 2017 may in the not distant future be recognized as The Year of the Great Unraveling. Hold onto your hat.

Times are becoming desperate, Mound. See what you think of this: http://www.nytimes.com/2016/12/17/business/economy/universal-basic-income-finland.html?_r=0

Is is a possible solution to the ravages of neoliberalim, or only a stop-gap measure to forestall the inevitable collapse?

Thx. for this posting. It really puts things in perspective.Canada will not escape this unraveling , in fact this neoliberal government will be a contributor.

How many times do we have to have a complete social, economic and political collapse before
we start identifying the causes.

That would require intelligent and critical thinking, something as you said is in short supply.

I wonder how many of a societies collapses throughout history, or just even in the 20th century have been preceded by ignorance and anti-intellectualism.

I think many people living in democracies do not understand that their governments can become and are becoming authoritarian tyrants. I think they will find that out in 2017.

Thanks for the NYT link, Lorne. What a guaranteed income means to society is unclear. Much depends on how it is disbursed, the manner in which it is funded and whether it can be protected from those who see in it an opportunity to be exploited by the rich and powerful.

James Galbraith has an interesting take on guaranteed income as imperative while we move into a highly automated economy. With fewer workers on the payroll, the owners of automation will naturally seek to accumulate as much of the profit as possible in their own hands. Yet that will lead to inequality that undermines the viability of the consumer market on which the robot-class ultimately depends. You may not have to pay wages to a robot but that robot won't be shopping for the products you produce either. You may reap greater profits by automated production of toilet paper but if the only arse who can afford to wipe is the billionaire next door it won't matter. Plainly the case is made for some programme of government redistribution of wealth.

Pamela, I would recommend two books: Diamond's "Collapse, how societies choose to succeed or fail," and James Galbraith's "Predator State."

Jared Diamond explores societal collapse by natural causes, i.e. not in the aftermath of a disastrous war. What he finds is that, 1) societies tend to collapse at their zenith, 2) that collapse occurs rapidly, and 3) that, in many cases, collapse is foreseen well in advance. It seems to be common to human nature that people will do plainly destructive things today realizing that they are bequeathing hellish conditions to those two or three generations ahead.

Benefitting today at the cost of generations to come can even be expressed in economic terms as "rational." This emerges from an ideology that sees restraint and posterity as sacrifices that are inherently irrational. That this gives rise to a nihilistic philosophy is of no importance in this perverse but now mainstream creed. Its motto is "because we can" and gives no currency to whether we should. The moral factor is discounted to irrelevance.

Anyong.....I just have to leave you with this: "I saw Trumpy kissing Puty Claus underneath the Kremlin towers so bright`. Have a great Christmas week and all the best in 2017. ASME

Well, the spelling is unravelling anyway, considering we're supposed to be Canadian. I mean, really.

Point taken, Anon. The US variant does seem to be taking over and I'm not helping.

.. if you make a great leap of imagination.. and McLuhanism..
we could say the Donald is the Medium of the USA
The content is irrelevant.. the message is frightening..
He's no better & no worse.. than Putin, The Soviet's Medium & Message
No better or worse that a freak named Netanyahu in Israel
but make no mistake - they are The News.. the noise, the nasty, the creepy
and mainstream media refuses to turn off the tap that keeps on giving

They say Power Corrupts.. but these 3 dirtbag amigos are way down that road..
OK, Donald et al are building ramps to come n go from the great American Trough
but don't say Donald aint experienced.. he's been looting n screwing for decades

I do believe Trump will crash & burn..
probably taking out any remaining faith in The Dems & GOP & US election system
Americans were handed 2 evils to choose from.. and picked him.
On the face of it, its mind blowing how those two 'political' power structures
managed to bamboozle & dazzle the population
and come up with a crooked dirtbag as Commander in Chief..
I mean the crew of Air Force One will salute this turd !