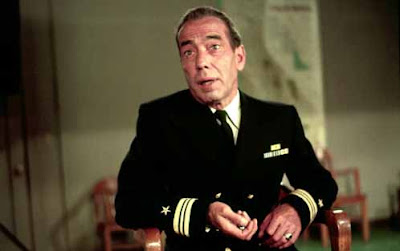 The idea of Donald Trump as president has a lot of people very nervous. Why not? Trump, after all, is a bloated bag of personality quirks and psychological issues that place his fitness for the Oval Office in question.


There may be no more dangerous choice Trump has made so far than picking Michael Flynn to be his national security adviser. There are few more important positions in the White House, and few where the wrong choice could have consequences quite as catastrophic. If we contemplate how President Trump might handle an international crisis – which he will face, probably before long – we see just how troubling Flynn's appointment is.

...Early on, Flynn was one of the only former military leaders who endorsed Trump and campaigned with him. He quickly became Trump's closest adviser on national security.

But to put it plainly, Michael Flynn is a crackpot.

...Flynn, who was head of the Defense Intelligence Agency, was fired by President Barack Obama for a number of reasons, including mismanagement. His staff got so used to him believing things that were obviously false that they began referring to them as "Flynn Facts." Nevertheless, he had a complete certainty in his own rightness.

At one meeting, reports the New York Times, "Mr Flynn said that the first thing everyone needed to know was that he was always right. His staff would know they were right, he said, when their views melded to his." Furthermore, "Some also described him as a Captain Queeg-like character, paranoid that his staff members were undercutting him and credulous of conspiracy theories."

"Flynn, who has 106,000 Twitter followers, has used the platform to retweet accusations that Clinton is involved with child sex trafficking and has "secretly waged war" on the Catholic Church, as well as charges that Obama is a "jihadi" who "laundered" money for Muslim terrorists."

...We can debate how troubling the spread of fake news is, and what it says about our society that people are willing to believe that Hillary Clinton is connected to a paedophilia ring. What we can't debate is that no one who believes that kind of lunacy should be allowed anywhere near the Oval Office. But Michael Flynn does. He has retweeted links to insane stories like that one, and his son and chief of staff – who may or may not be part of the Trump transition team, depending on who's answering the question at a particular moment – has gone even farther down the rabbit hole.

Here's why this is so important. The national security adviser's job is to coordinate policy between the multiple agencies whose work touches on national security – the Pentagon, the CIA, the National Security Agency, the State Department, the Department of Homeland Security, and others – and make sure that the president has the best, clearest, and most accurate information with which to make decisions. For a President Trump's unique combination of ignorance, inexperience and impulsiveness, it's particularly vital to have a national security adviser who can encourage calm and thoughtfulness, and not be distracted by what's irrelevant or downright false.

At some point early in his presidency, Trump is going to confront some kind of national security crisis. Every president does. Maybe it will be a terrorist attack, or a coup in a country in a volatile region, or an aggressive move by an adversary, or a conflict between two nations that the United States might get sucked into. He may have to make decisions quickly, with information that is partial and changing from hour to hour. He'll get advice from all those different people, and when it's over, Mike Flynn will be one of the last people in the room telling him what he should do. Trump trusts Flynn, and his words will carry particular weight – perhaps more than anyone else working on the crisis.
Posted by The Mound of Sound at 12:41 PM

It sounds like 1600 Pennsylvania Ave has become a lunatic asylum.

Quite frankly Mound the sooner the better. Trump encounters a crisis, Flynn advises him what to do and then you expect all of the GOP to fall in line with the madness. GOOD

Maybe the Dems will exploit the situation and show just what a shitshow they have in the White House. A few of these and goodbye Repubs in 2016.


Owen, when the House Committee on Science, gets its climate change information from Breitbart, while Trump gets his from the tabloids and his national security advisor gets his online, then, yes, Washington has become an asylum.


Ben, what I worry about is Trump backing the world into a major war started, perhaps, in the South China Sea. Far fetched as that may seem, those who understand what the Chinese call their "century of humiliation" and the lasting impact that still has within a significant faction in China's military leadership, Trump's bellicose bombast and indifference to these facts is troubling.

Another way of looking at this is when Trump has filled his cabinet with 'antichrists' - climate-denier EPA guy, education hating Education lady, etc then all of the interest groups can form a common front against the Cabinet and the GOP supporters and the shear weight of them will produce revolution. No niche politics here!

I am waiting for Ryan's efforts to 'voucherise' medicare that will be a huge pushback when it hits.

The trouble with watching one of those old newsreel train-meets-train wrecks, Ben, is that you can never tell in advance where the debris is going to fly and how far.