Krugman - It's All Bread and Circuses From Here On In 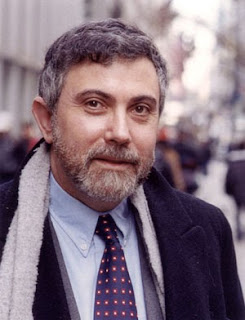 This may sound controversial but, really, it shouldn't. The NYT's Paul Krugman looks ahead to the ascendancy of Trump & Company and is drawn to images of the Fall of Rome.

Republican institutions don’t protect against tyranny when powerful people start defying political norms. And tyranny, when it comes, can flourish even while maintaining a republican facade.

On the first point: Roman politics involved fierce competition among ambitious men. But for centuries that competition was constrained by some seemingly unbreakable rules. Here’s what Adrian Goldsworthy’s “In the Name of Rome” says: “However important it was for an individual to win fame and add to his and his family’s reputation, this should always be subordinated to the good of the Republic … no disappointed Roman politician sought the aid of a foreign power.”

America used to be like that, with prominent senators declaring that we must stop “partisan politics at the water’s edge.” But now we have a president-elect who openly asked Russia to help smear his opponent, and all indications are that the bulk of his party was and is just fine with that. (A new poll shows that Republican approval of Vladimir Putin has surged even though — or, more likely, precisely because — it has become clear that Russian intervention played an important role in the U.S. election.) Winning domestic political struggles is all that matters, the good of the republic be damned.

And what happens to the republic as a result? Famously, on paper the transformation of Rome from republic to empire never happened. Officially, imperial Rome was still ruled by a Senate that just happened to defer to the emperor, whose title originally just meant “commander,” on everything that mattered. We may not go down exactly the same route — although are we even sure of that? — but the process of destroying democratic substance while preserving forms is already underway.

So what’s driving this story? I don’t think it’s truly ideological. Supposedly free-market politicians are already discovering that crony capitalism is fine as long as it involves the right cronies. It does have to do with class warfare — redistribution from the poor and the middle class to the wealthy is a consistent theme of all modern Republican policies. But what directly drives the attack on democracy, I’d argue, is simple careerism on the part of people who are apparatchiks within a system insulated from outside pressures by gerrymandered districts, unshakable partisan loyalty, and lots and lots of plutocratic financial support.

One thing all of this makes clear is that the sickness of American politics didn’t begin with Donald Trump, any more than the sickness of the Roman Republic began with Caesar. The erosion of democratic foundations has been underway for decades, and there’s no guarantee that we will ever be able to recover.
Posted by The Mound of Sound at 12:10 PM

I don't believe that there is any recovery (at least in the short-term). Too many Americans have either bought the line of the Trumpeters or they are just hopeless naive about the extent of the shift that has been taking place. I spoke to one of my oldest friends, a typical, liberal, upper-middle-class, American, and he really didn't understand what has happened. The only way this will chance is a huge upheaval (like a war that partially destroys the US, big disaster from Climate Change, an obvious hard-line fascist government, or the break-up of the country into different nations). Otherwise, this is it folks the US is finished, democracy has left the building, and the only thing to do is run for the hills.


I fear your conclusion is right, Kirby. This has been a long time coming but the end is in sight.

A few years back I wrote a post comparing the final years of Rome with today's "bought and paid for" Congress. During Rome's late decline the Senate had become a "transactional democracy." Those who wanted action from the Senate paid for it.

What sparked that post was video of then House leader John Boehner going from one GOP representative's desk to the next, delivering a plain white envelope to each. It emerged that, inside those envelopes, were campaign contribution cheques from tobacco lobbyists. The cheques were doled out just minutes before the House voted on that year's tobacco subsidies.

Boehner later admitted that the optics were bad but it wasn't strictly illegal. The "optics were bad"? It was bribery, corruption and nothing less. The parallels between what I had watched on that YouTube video and what history tells us of the final years of the Roman Empire were inescapable.

It's hard to imagine what the next few years hold in store for America and the rest of the world. If you read my next post you'll see that I think we're on the verge of significant chaos in the near future.

If there's no law prohibiting it and if they have the mind to, they'll do it.

The progeny of America's new princeps civitatis, having graduated from watching daddy birddog the slugs as they "hang concrete" and "pour sheetrock", then having taken their turns aiming the dozers and backhoes at crumbling old walls, are now exercising their latest educational entitlements in their preferred seats at selection boards for the Cabinet of the United States. Given the best genetic material and the right breeding, it's too easy. And why not? It couldn't be any harder than selling other wealth creators the right to hang the family name and optional two-dollar coat of arms on whatever buildings and other baubles they can bring to market.

Who cares about the norms of the old Establishment? They're just so much status quo. After all, there was an election and a landslide, you know. It's unpresidented.

And as the party apparatchiks jockey for positions in the ring-kissing queue, their fellow rugged individualists of the hammer-and-shovel class are tripping over each other to get the best seats in the big-top. It even beats a handshake from the foreman and a smile from Tom Potter.