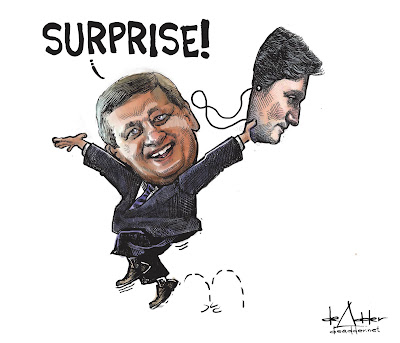 Let’s get something straight. Prime Minister Justin Trudeau’s approval of the Kinder Morgan pipeline, as well as his recent support for Keystone XL, isn’t just a rebuke to Canada’s environmental movement, dozens of First Nations and the Metro Vancouver voters who elected 15 Liberal MPs.

Trudeau has effectively said “screw you” to the generation of millennials who brought him to office. “I feel betrayed,” one young activist explained. For the rest of his time in office we won’t let him forget it.

Don’t misunderstand our anger. This isn’t just some idealistic outburst. If you’re in your 30s or younger you have a much different relationship to climate change than our leaders. Unlike them, you could be alive to see the sea level rise that swallows every coastal city on the planet. “I’m really scared,” 19-year-old UBC student Kate Hodgson told the Georgia Straight.

The problem with this argument is that it ignores scientific reality. The acceleration of oilsands that Trudeau is enabling would make it hard — if not impossible — to keep global temperature rise below the relatively safe threshold of two degrees, a study in Nature warns. McGill student Sophie Birks, who was arrested protesting Kinder Morgan this fall, puts it succinctly: “Climate leaders don’t build pipelines.”

Trudeau ignores those words at his political peril. Without the support of young people, he wouldn’t be prime minister. During the 2015 federal election, youth turnout surged. It was up 18 per cent from 2011 among voters 18 to 24. Nearly half voted for Trudeau. “[This] is believed to be a major factor behind the resounding Liberal Party victory,” the Harvard International Review concluded.

Trudeau has indeed turned his back on Canada's younger generation and on their future as he has on the people of British Columbia generally. He'll pay for it in the next election when we can hope to have a Liberal-free zone along coastal British Columbia. Make that Liberal and Tory-free. If Trudeau and his Liberals stumble into a bottomless pit, it's one they dug for themselves.
Posted by The Mound of Sound at 10:14 AM