Prince Charles Gets It, Warns of the Return of the Ghosts of 30s Populism 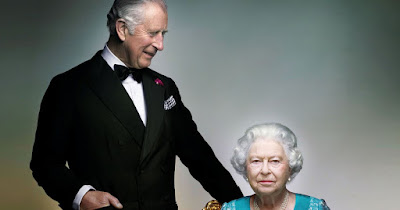 Echoes of the past, the 1930s to be more specific. Around the world nations are plunging into the pit of populism and the heir to Britain's throne won't bite his tongue.

Prince Charles has warned rising populism across the world has "deeply disturbing echoes of the dark days of the 1930s."

Speaking in a four-minute radio segment recorded for the BBC's Thought for the Day, the first in line to the throne said it was "beyond all belief" that humanity had not learnt the lessons of the holocaust.

"We are now seeing the rise of many populist groups across the world that are increasingly aggressive towards those who adhere to a minority faith," he said.

"All of this has deeply disturbing echoes of the dark days of the 1930s," he said.

"I was born in 1948 – just after the end of World War II in which my parents' generation had fought, and died, in a battle against intolerance, monstrous extremism and an inhumane attempt to exterminate the Jewish population of Europe. That, nearly 70 years later, we should still be seeing such evil persecution is, to me, beyond all belief. We owe it to those who suffered and died so horribly not to repeat the horrors of the past."
Posted by The Mound of Sound at 1:13 PM

Speaking of "deeply disturbing echoes of the dark days of the 1930s," he might want to keep an eye on his son Harry. Just saying...

Prince Chuck gets it about quite a few things. Agriculture and climate change, for instance. I think that's why there's been such a strong push in the corporate press to call him a looney.

I grew up in the UK with the idea of Armistice Day at a time when those from two world wars stood together to denounce war.
Armistice day soon became remembrance day , in other parts it's now veterans day and it's become a celebration of the military and not a day to denounce war.
It was also a time of social experiment; looking toward building a better world for everyone.

Perhaps with the passing those generations that suffered for freedom and had little of our modern consumer luxuries has left us all the poorer?


For some time I've been wishing for the end of 2016, our annis horribilis. Yet as I see the astonishing cast of misfits Trump has chosen to surround himself with I have a sense of dread for what may lie ahead in 2017.

We are approaching the end of a very odd year.
When faced with this; an easy fix; we do nothing.

http://www.dailymail.co.uk/sciencetech/article-4028398/Earth-NOT-prepared-surprise-asteroid-strike-Nasa-warns-s-not-lot-moment.html
When faced with this.

Perhaps it's because 'we' cannot see any profit in making the correct decision?

As 2016 closes we look for leadership from those that would use force to defend our un defendable lifestyles and desires?

Canada has not yet been faced with a Trump or any of the others , but O'Leary is making his push, we are not immune.

Even a broken clock gets the time right once per day

Royalty belongs with religion: in a museum.

Yeah, God bugger the Queen and her little bastard! Who cares what entitled barbarous fossils have to say about anything?

A hundred years ago I'm sure I would have been venomous about royals. But nowadays it seems rather . . . quaint. The people buggering us now are plutocrats, not aristocrats; if the queen nets Britain a few more tourist pounds sterling, whatever.

UU4077, Harry is a repeat offender, you might even say a serial offender. There were calls for disciplining him after he called a fellow soldier a "paki" and another a "rag-head." In both cases, he was in uniform, apparently sober and seemed to think filming himself uttering bigoted taunts was a jolly good idea.

Charles was absolutely furious with him, and rightly so. That doesn't mean Harry hasn't changed in the interim, but it does mean that Charles can't ignore potential trouble close to home.

Anonymous dimwitted, retrograde, bigoted fuckheads everywhere you look these day. Soon enough good people are going to have to take up arms and re-fight a 21st century remake of the Spanish Civil War.

Anon, you're a worm. Take your vulgarity and bile somewhere else because you're contributing nothing here save for your own degradation. Do you realize what an ass you're making of yourself, what a complete fool you're becoming?

Anyong: It is obvious Prince Charles knows a thing or two about both world wars so did my father. He was born in 1917 and served in WWII. He spent time liberating Bergin-Belsen and . It was handed down to me. Trump and what is happening in Europe and now Canada with that Market Place fellow wanting to be the next Harper, does it not register with folk what could happen here? I don't think so. However, the way so called ordinary people have been treated by big money, one doesn't have to wonder why this return to the warring far right has emerged.