Pope Francis Calls Out the Media 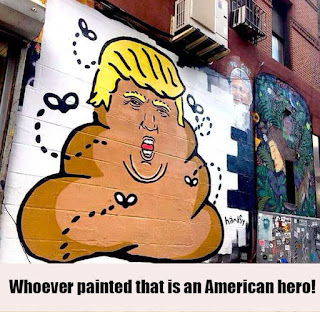 The head of the Roman Catholic Church warns that the mass media has become scatalogical.


Media that focus on scandals and spread fake news to smear politicians risk becoming like people who have a morbid fascination with excrement, Pope Francis says.

Francis told the Belgian Catholic weekly Tertio that spreading disinformation was "probably the greatest damage that the media can do" and using communications for this rather than to educate the public amounted to a sin.

I was going to make a snide remark about Ezra Levant and his Rebel Media but - oh wait, I just did.
Posted by The Mound of Sound at 12:11 PM

Anyong....An educated man such as the Pope ought to be able to think of another narrative in describing mass media that distorts reporting.


I'm more interested in the substance rather than the unfortunate form, Anyong.

Pope Francis is a very educated man. He knew what he was doing in using such phrases. After all, it's one way to get above all the fake news!

Wait - it was a real news article, right?

As much as I think that Pope Francis is a move to a better Catholic world I cringe at the thought of him condemning fake news whilst he preaches the virtues of the spaghetti monster in the sky!

It may be a mistake, but I tend to lay off on the religionists when they're not saying something that I think is crazy.