"It Can Either be Jewish or Democratic. It Cannot be Both." 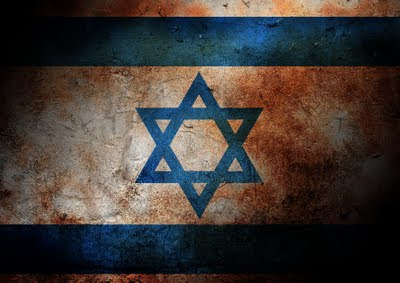 Blunt words for Israel from U.S. secretary of state, John Kerry. In part, Kerry was speaking truth to power. In part he was merely stating the obvious. That his words were as blunt as they will be unwelcome to Netanyahu's radical right wing apartheid government (yeah, the one Trudeau wholeheartedly supports) was apparent from the scathing response from Bibi and Company.

“If the choice is one state, Israel can either be Jewish or democratic, it cannot be both, and it won’t ever really be at peace,” Kerry said in a speech that ran more than an hour, a comprehensive airing of grievances that have built up in the Obama administration over eight years but were rarely, until this month, discussed publicly.

Breaking sharply from longstanding U.S. policy that foreign powers shouldn’t impose a solution, Kerry unveiled a six-part outline of what a future peace deal could look like. The outline tracked closely with principles long assumed to be part of an eventual deal, and Kerry insisted he was merely describing what’s emerged as points of general agreement.

Pushing back on Israel’s fury at the U.S. abstention in the United Nations vote, Kerry questioned Netanyahu’s commitment to Palestinian statehood, which has formed the basis for all serious peace talks for years. Though Netanyahu says he believes in the two-state solution, Kerry said, the government he leads is “the most right-wing in Israel’s history.”

“The settler agenda is defining the future of Israel. And their stated purpose is clear: They believe in one state,” Kerry said.Kerry's right, Trudeau is dead wrong. Netanyahu has infected Israel with the most radical rightwing government in his nation's history. Kerry's right, Trudeau is dead wrong - Netanyahu is absorbing the Palestinian territory into Israel, creating one state in which the Palestinians shall have no rights.

Yet for Trudeau this is fine. If you don't believe it, go back and look at every resolution on Palestine that has come up before the UN General Assembly since Trudeau came to power. The voting story is as stark as it is inexcusable. Every time the Palestinians come up it's 150 nations, including all of Europe, South America, Africa and Asia, versus Israel, Canada, the United States and the bought and paid for Pacific island states of Nauru, Vanuatu, Palau and the Marshall Islands. In other words it's the radical right Israeli apartheid state and its two North American benefactors, the U.S. and Canada. And that, for a Liberal, should be a goddamned disgrace. Like Harper before him, Trudeau has made Canada and Canadians complicit in this, right up to our eyeballs.

Good for Kerry. I'd have been even more impressed if he hadn't waited until he could do nothing useful and had nothing to lose, but it's something. I expect there's plenty more in Washington who think roughly the same but don't have the guts to say it, even on their way out.

Mound, curiously your posts about Israeli-Palestinian conflict do not generate much discussion. Either this topic does not warrant readers' attentions or readers do not want to bring unwanted attention to themselves...
A..non


Yes, it should have been said earlier.

"I expect there's plenty more in Washington who think roughly the same but don't have the guts to say it." Substitute "Ottawa" for "Washington."

I have to assume, A..non, that it's not a discussion most mainstream party faithful welcome. Even the leadership of my party, the Greens, wishes it would go away. Fortunately the membership retained the gist of the troublesome resolution even if it meant holding the BDS movement at arm's length.

If I was still a Liberal, I would be deeply troubled by how Trudeau has emulated Harper's Likudnik approach to the Palestinian problem. As I said if you go through the UN General Assembly resolutions on Palestine it's the world versus Israel, Canada and the United States.

Our leaders still hail Israel as the only reaL democracy in the Middle East. What kind of democracy holds half its population hostage? Apartheid is antithetical to democracy. I can't help but suspect that, yet again, Trudeau has discarded liberalism for political opportunism. I've pretty much lost any residual respect for Trudeau and his party.

A..non, Mound, some subjects are so manifest that they require no discussion. How can one argue with the premise of this post?

Also, this is the season when man are away from their keyboards.

Keep up the good work.

Indeed, plenty in Ottawa too.
What I really don't understand is why the NDP is usually so gutless about it (Mulcair is a special case on that--he actually is pro-Israel for personal reasons). I mean, even from an amoral pragmatic perspective, my understanding of public opinion is that more of the public has pro-Palestinian attitudes than votes for the NDP and it's kind of the left half of the population mostly. So, one would think the NDP could gain a few Liberal votes by taking a non-slavish-to-Israel position. Sure, Conservative voters would hate them for it but they already do, so what? But the NDP bosses are always desperately afraid of the section of the party that thinks of Palestinians as people. Svend Robinson always used to get in trouble over it, and even Libby Davies. As I say, I don't really get it.

It's situations like this that make me ask "what have we become?" The Canada of Pierre Trudeau and the Canada of Justin Trudeau bear stark differences. Justin's Canada doesn't seem to have a principle that can't be bought and some of them are offered very cheaply indeed.

I've been thinking back to the last Liberal leadership contest and how I was struck by the extent that neoliberalism had taken hold in almost all the candidates. I took my leave from the Liberals during the Ignatieff years when I could no longer pretend that liberalism still had a place in that party.

You did not get it Toby.
You have missed the second part of the sentence: "readers do not want to bring unwanted attention to themselves."
A..non